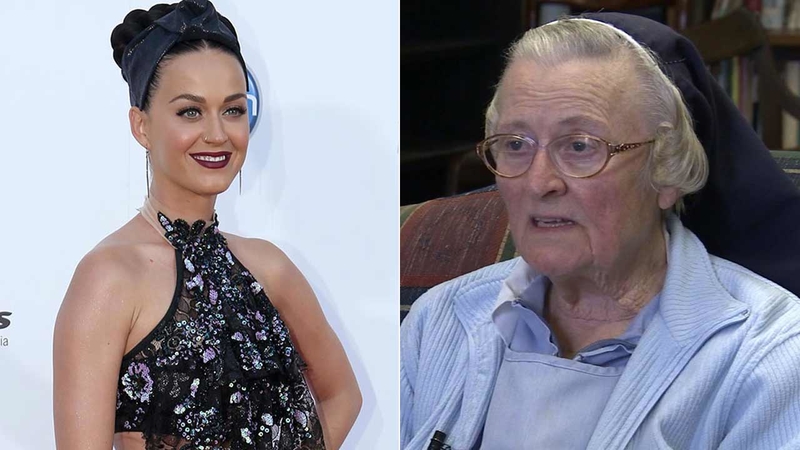 LOS FELIZ, LOS ANGELES (KABC) -- When does a real estate deal get wacky? When the property is an aging convent with panoramic views in Los Feliz and the surviving nuns say they don't want to sell it to pop diva Katy Perry.

There's no dispute that proceeds from the sale should go to 86-year-old Sister Catherine Rose and the four other nuns.

The Sisters of the Most Holy and Immaculate Heart of the Blessed Virgin Mary purchased the 8 acres in 1972, and the proceeds are set to care for the five sisters who have all relocated to retirement homes. But lawyers for the Archdiocese of Los Angeles say that the sisters jumped the gun by closing a deal with local restaurateur and nightlife maven Dana Hollister.

The archdiocese is now suing Hollister seeking to void the sale and evict the businesswoman. The lawsuit claims that the Immaculate Heart of Mary institute is ultimately governed by the Holy See and supervised by the Pope.

According to the lawsuit, the archdiocese's lease of the buildings for the priests' house of prayer has a remaining term of 77 years.

"Terminating that lease cannot occur without the consent and agreement of the archdiocese, which is highly unlikely to occur under this transaction," the lawsuit states.

The archdiocese also believes Perry is a better buyer because she offered a better deal that will protect the nuns.

Sister Rose says Perry met with all five of the nuns, but that the messages in the hit songs that sent Perry to the top of the charts didn't fit well with what the nuns had labored for over the decades, including education and nursing.

"She answered nicely but her answers were not what we were looking for," Sister Rose said.

Hollister says her total offer of $15.5 million beats Perry's offer and the terms were more agreeable to the sisters. It would provide $10 million for the five sisters and $5 million to their tenants who occupy an adjoining property, the Cardinal Timothy Manning House of Prayer for Priests.

"I feel very strongly that I bought it from the rightful owners," Hollister said.

While there are several reports that Hollister is planning to build a boutique hotel on the hilltop property built in 1927, she tells Eyewitness News she purchased the property with no plans in sight.

Sister Rose says they proceeded with the sale and Archbishop Gomez failed to meet with them, despite their diligent efforts.

"We take a vow of obedience and we like the archbishop, and we feel very badly that we just couldn't reach him," she said.

The archdiocese in a written statement suggests that Hollister does not have the funds to cover the deal. The archdiocese also claims that the five sisters are divided, with the majority supporting the sale to Perry.

The archdiocese further states that it, "continues to work with the sisters to ensure that decisions concerning the sale of the property are made in their best interest. We want to make sure no one takes advantage of the sisters."

"The Hollister transaction lacks the required approval from the archdiocese and the Holy See and does not provide a solution for the house of prayer, which is on the property. The Archdiocese continues to work with the sisters to ensure that decisions concerning the sale of the property are made in their best interest. We want to make sure no one takes advantage of the sisters," the archdiocese said in a statement.

"They're taking advantage of us right now. They're not caring for us, we're caring for ourselves," she said.