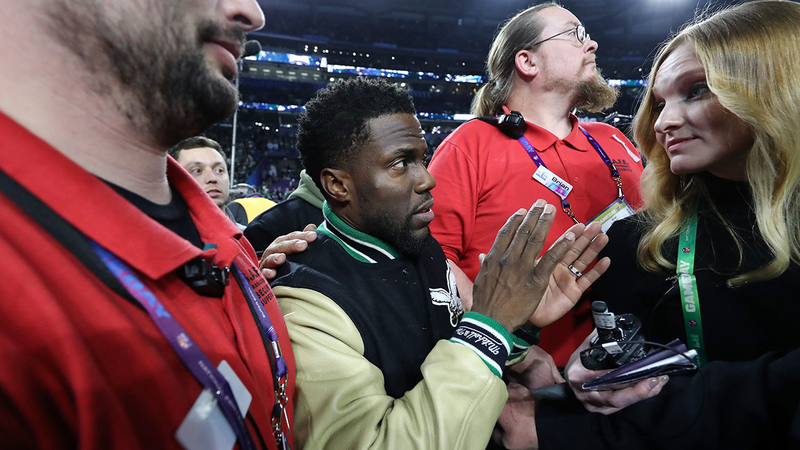 After the Eagles pulled off their Super Bowl win, comedian and Philadelphia native Kevin Hart was on the field and just wanted to fly onto the stage with the team.

Security guards made sure that didn't happen, prompting reaction on social media.

Kevin Hart being stopped from getting to that Super Bowl podium by security is the most I’ve ever related to him.

Hart posted about the incident on Monday morning, explaining he had been drunk when he tried to get on the stage. He used several hashtags in his post including, "#iShouldHaveListenedToMyWife," "#iWasCaughtUpInTheMoment," "#ImSoHappyForMyCity," "#AtLeastiDidntPunchaHoarse," and "#ThatSecurityGuardDidHisJob."

In the video he posted, Hart said, "When alcohol is in your system, you do dumb stuff. Me trying to go onstage with the trophy, definitely in the top two stupidest things I've ever done. But who cares? The Eagles won the Super Bowl!" He added that he was still tipsy as he recorded the video.

Hart, who was honored in his hometown with a mural last year, is a vocal supporter of Philadelphia sports teams.