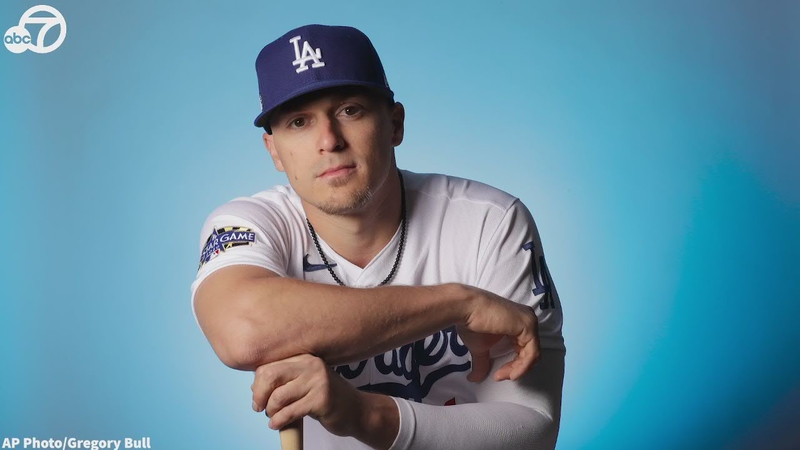 Hernandez, who was acquired from the Miami Marlins in 2014, is known for his energetic attitude and his versatility on the baseball field.

In his six seasons as a Dodger, Hernandez played every position except catcher, though he spent the most time in the outfield and second base. His sense of humor and charismatic attitude made him an instant fan favorite. Here are some of his best moments as Dodger:

It was the 14th inning in a game against the San Francisco Giants when cameras caught him wearing the bright yellow jacket with a banana for a hood.

Hernandez later said that Dodgers president of baseball operations Andrew Friedman spotted him in the clubhouse wearing the suit around the 12th inning.

The Dodgers walked off with a 5-4 victory in 14 innings and it would eventually lead to the fan favorite Rally Banana.

Three home runs in game 5 of the 2017 NLCS
In the fifth game of the 2017 National League Championship Series against the Chicago Cubs, Hernandez hit three home runs, including a grand slam, and drove in seven runs to tie the record for most RBIs in a postseason game. That game would clinch the National League title for the Dodgers and send them to their first World Series since 1988.

Three-run-homer against Josh Hader
On April 19, 2019, with the score tied at 2-2 against the Milwaukee Brewers, Hernandez hit a three-run home run in the 8th inning against Josh Hader. Hernandez became the first player to hit a homer off Hader when the count was 0-2. The Milwaukee Brewers pitcher had gone up 0-2 on 82 batters previously and held them to a .049 batting average. The Dodgers would win the game 5-3.

Walk-off win on his Bobblehead Night
On Aug. 22, 2019, in a game against the Toronto Blue Jays, it was Enrique Hernandez bobblehead night. Bottom of the ninth and one on base, Hernandez would make his first career walk-off hit to win the game 3-2.

Game-tying home run in game 7 of 2020 NLCS
In the sixth inning of Game 7 of the 2020 National League Championship Series against the Atlanta Braves, the Dodgers were down 3-2.