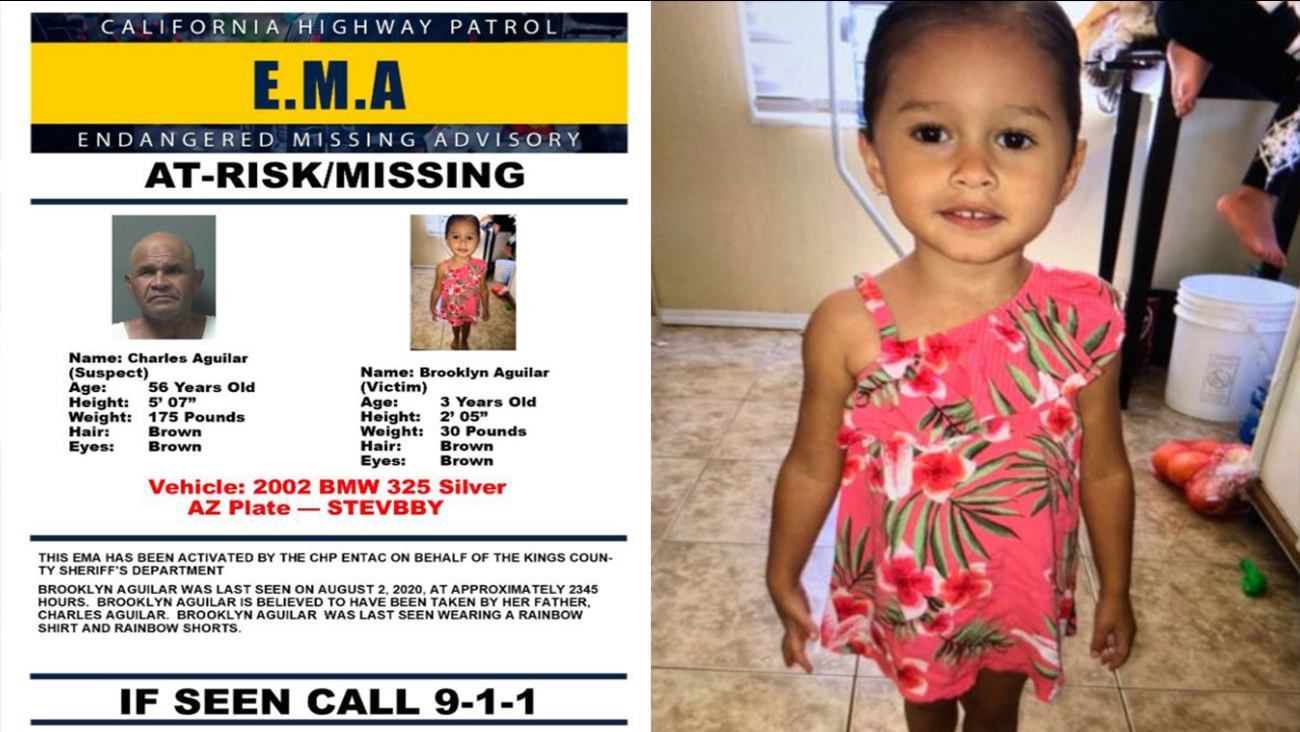 CHP officials issued an Endangered Missing Advisory on behalf of the Kings County Sheriff's Department for three-year-old Brooklyn Aguilar, who was last seen on Sunday night.

FRESNO, Calif. -- The California Highway Patrol on Monday deactivated an "endangered missing advisory" that had been issued for five counties, including three in Southern California, after authorities said a 3-year-old girl was apparently taken by her father and might be in danger.

"The subjects have been located," the CHP said in a tweet. No other details were immediately released.

CHP officials had issued the alert on behalf of the Kings County Sheriff's Department for Brooklyn Aguilar, who had last been seen on Sunday at 11:45 p.m.

**This advisory has been deactivated. The subjects have been located.** https://t.co/ReWyOZo0fp

The advisory was for Kings, Kern, Los Angeles, Riverside and San Bernardino counties.

During the search, law enforcement said Brooklyn's father, 56-year-old Charles Aguilar, was believed to have taken her. He drives a 2002 silver BMW 325 with an Arizona license plate that reads: STEVBBY.

Officials described Brooklyn as having brown hair and brown eyes. She's 2'5" and weighs about 30 pounds. The toddler had last been seen wearing a rainbow shirt and rainbow pants.