Some workers claim they've been able to document pollution inside the facility and other violations.
KABC
By Leticia Juarez SANTA ANA, Calif. (KABC) -- A global manufacturer that touts itself as being environmentally friendly is under fire after a recent study found the air quality inside its Orange County facility was worse than the average air quality of the outdoors.

On Wednesday, a group of employees of Kingspan Light + Air in Santa Ana held a protest, calling on the company to clean up its operations.

"We're in the center of the building, and all the big doors basically push the air inwards," said Lucas Hernandez, a welder for the company who said he was forced to bring his own respirator to work to help filter out the smoke when he's welding. "It doesn't actually extract any of the smoke out, it just stays in there."

According to the company's website, Kingspan is "planet passionate" and has spearheaded numerous initiatives and programs designed to tackle global environmental issues.

However, some workers - who weld, paint, make fiberglass, and assemble skylights - claim they've been able to document pollution inside the facility and other violations.

"I literally hung it off my belt loop," said Hernandez of the device. "At first, I was a little nervous, like, going in because I was like, 'Is someone going to notice? Is management going to say anything?'"

Kingspan issued a statement to Eyewitness News regarding the study and Wednesday's protest, which reads in part, "We are committed to following all rules and regulations and pride ourselves on our safety record. If improvements need to be made, we make them." 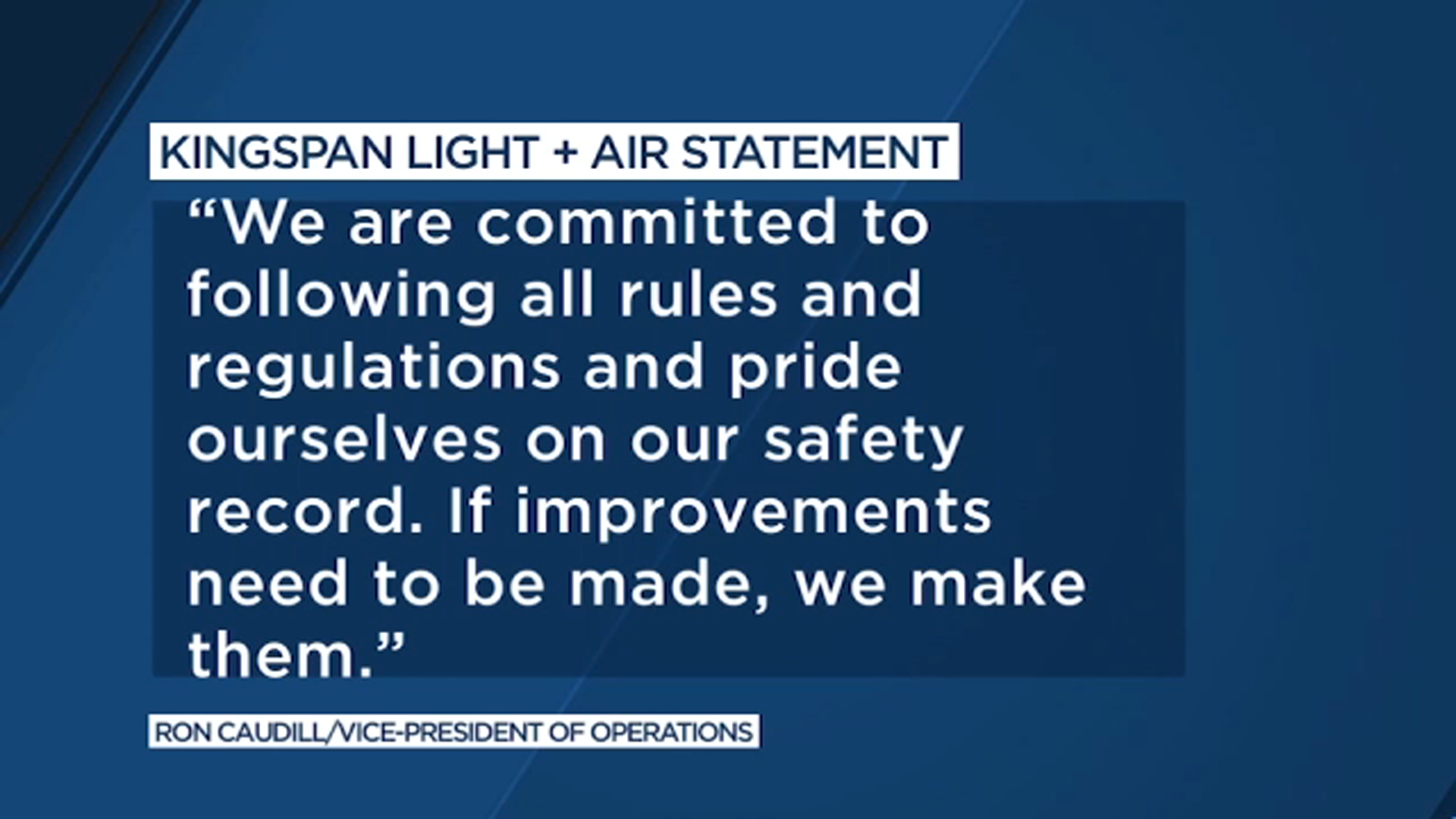 "After our information came out, after we told the company that we're planning to unionize again, is when they started [saying,] 'Oh, what can we do to fix things?'"