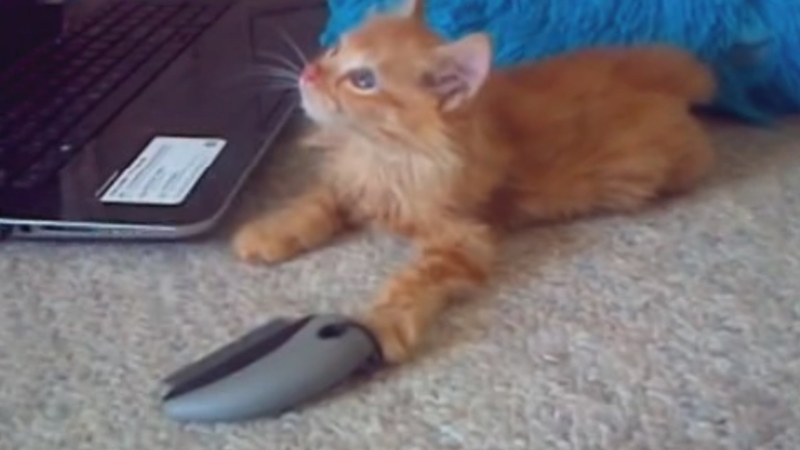 CULVER CITY, Calif. (KABC) -- A 6-week-old kitten named Muffin struggles to move, dragging the left side of his tiny body along the floor because he's partially paralyzed.

Muffin was dropped off at the Downey Animal Shelter last week after being found on the streets.

Slama saw Muffin online and decided to pick him up because she had a family that wanted to adopt him.

"I went to rescue. He looked totally healthy and cute. I adopted him, and then I had to go to the back of the building to have a microchip implanted," she said.

But during that procedure Slama says something went wrong.

"So they did that, and after about 20 minutes, I noticed he was kind of crashing, there was something wrong with him," Slama said.

When Muffin didn't get better, she took him to a specialist.

"The neurologist did the X-ray and came to the conclusion that the paralysis was due to the microchip implantation which was really, really close into the spine," Slama said.

"It is their problem. Their vet tech did a botched job and they have to pay for it," she said.

Muffin will undergo surgery this week to remove the chip, which could restore his ability to walk. But, it's a life-threatening procedure.

"It's a highly, highly risky surgery, but the longer you wait, the more damage that microchip will cause. So the microchip needs to be removed right away," said Slama.

Eyewitness News reached out to Los Angeles County Department of Animal Control and Care, but so far a response has not been received.

A YouCaring fund has been set up to help Muffin.