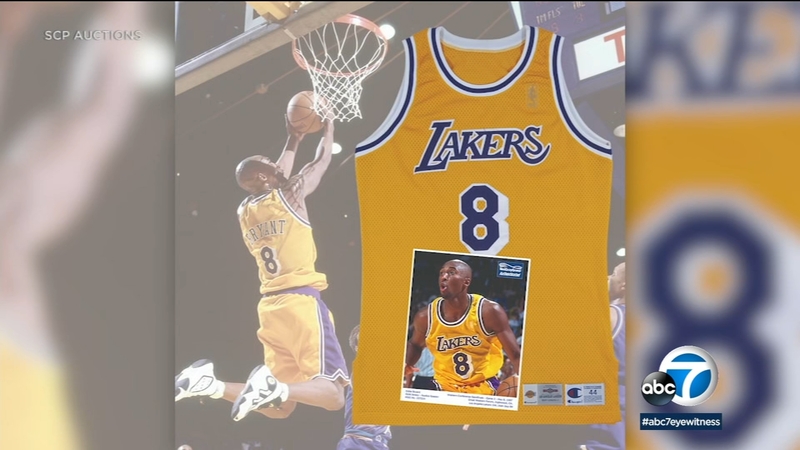 The jersey was photomatched to the Lakers' 1997 playoff run, as well as multiple games at the end of Bryant's rookie regular season, according to SCP Auctions, which said it was the second-highest amount bid for any game-worn basketball jersey.

Other highlights from the company's 2022 Spring Premier Auction on Saturday included:

"The overall auction brought extremely strong numbers and many record sales. The auction total went over $8 million, which is the second biggest auction in company history," SCP President David Kohler said. "This incredible sale happened amidst stock market volatility and war overseas, too."

Full results from the auction can be found at www.SCPauctions.com.