Vanessa Bryant, other families settle suit over helicopter crash that killed Kobe, others 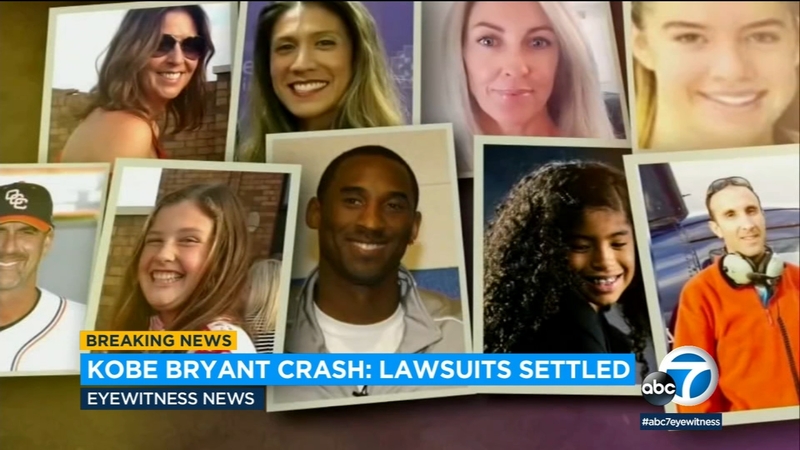 LOS ANGELES (KABC) -- Vanessa Bryant and the other plaintiffs have reached a confidential settlement agreement with the company that operated the helicopter involved in the crash that killed Kobe and Gianna Bryant and seven others in 2020.

The parties filed "joint notice of settlement and joint request to vacate discovery deadlines" documents with the court on Tuesday.

"Plaintiffs and Defendants jointly report that they have agreed to settle their claims in the above-entitled action," the documents state.

Terms of the settlement were not disclosed. The agreement still needs court approval.

The pilot's estate was also named as a defendant in the wrongful-death suit.

DEVELOPING: This story will be updated.