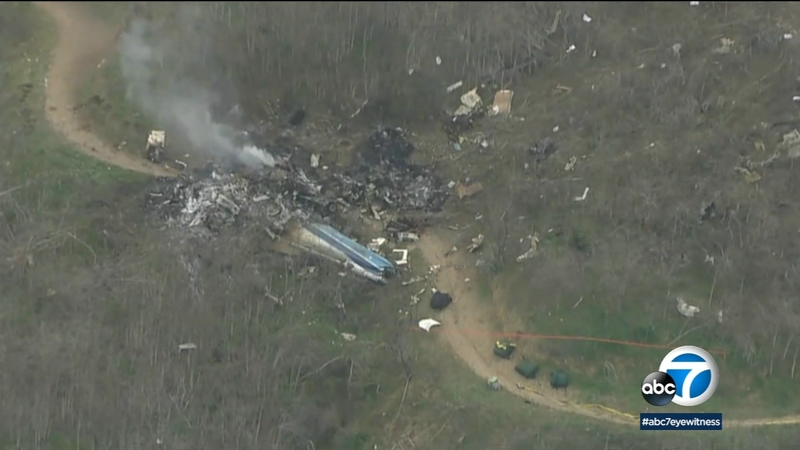 CALABASAS (CNS) -- Nearly one year after a helicopter crash in Calabasas killed Laker legend Kobe Bryant, his 13-year-old daughter Gianna and seven others, the National Transportation Safety Board on Wednesday scheduled an early February hearing to determine a probable cause of the crash.

The NTSB plans to hold a virtual meeting at 6:30 a.m. Feb. 9 to wrap up its investigation into the crash that stunned the city and the sports world.

Documents made public last year by the NTSB lent credence to the growing theory that the pilot, Ara Zobayan, may have become disoriented while navigating through the fog while ferrying eight passengers from Orange County to Camarillo on Jan. 26, 2020. Bryant and the other passengers were being flown to the former Laker's Mamba Sports Academy in Thousand Oaks for a youth basketball game, with Bryant coaching his daughter's team.

According to documents made public last summer, Zobayan's last communication with air-traffic controllers before the crash was an indication that he was climbing to 4,000 feet to get above the cloud cover.

However, flight data indicates the Sikorsky S-76B helicopter was actually descending at the time while banking to the left, ultimately slamming into a Calabasas hillside.

According to one of the documents, just before the crash, flight data showed the helicopter had reached its maximum altitude and began descending. During the final descent the pilot, responding to ATC (air traffic control), stated that they were climbing to 4,000.'''

A little over one week after the death of Kobe Bryant, newly released 911 calls detail the moments immediately following the helicopter crash in Calabasas that killed the NBA superstar and eight other people.

That was Zobayan's final transmission. According to the NTSB documents, the helicopter was actually descending at a rate of about 4,000 feet per minute.

The documents were investigative materials only, and did not reach any conclusions as to the actual cause of the crash, which has sparked an array of lawsuits filed by relatives of the crash victims, including Bryant's widow, Vanessa.
Vanessa Bryant has also sued the Los Angeles County Sheriff's Department over cell phone pictures taken at the crash scene by responding deputies.

Along with Bryant, 41, and his daughter, also killed in the crash were: