LOS ANGELES (KABC) -- Two years after Kobe Bryant, his daughter Gianna and seven others were killed in helicopter crash in Calabasas, a sculptor on Wednesday honored the victims by placing at the crash site a statue depicting the NBA superstar and his daughter.

Dan Medina said the statue, which shows the elder Bryant with his hand on Gianna's shoulder as she carries a basketball, will remain at the site temporarily.

The names of all nine of the crash victims are inscribed on a plaque on the statue's base. 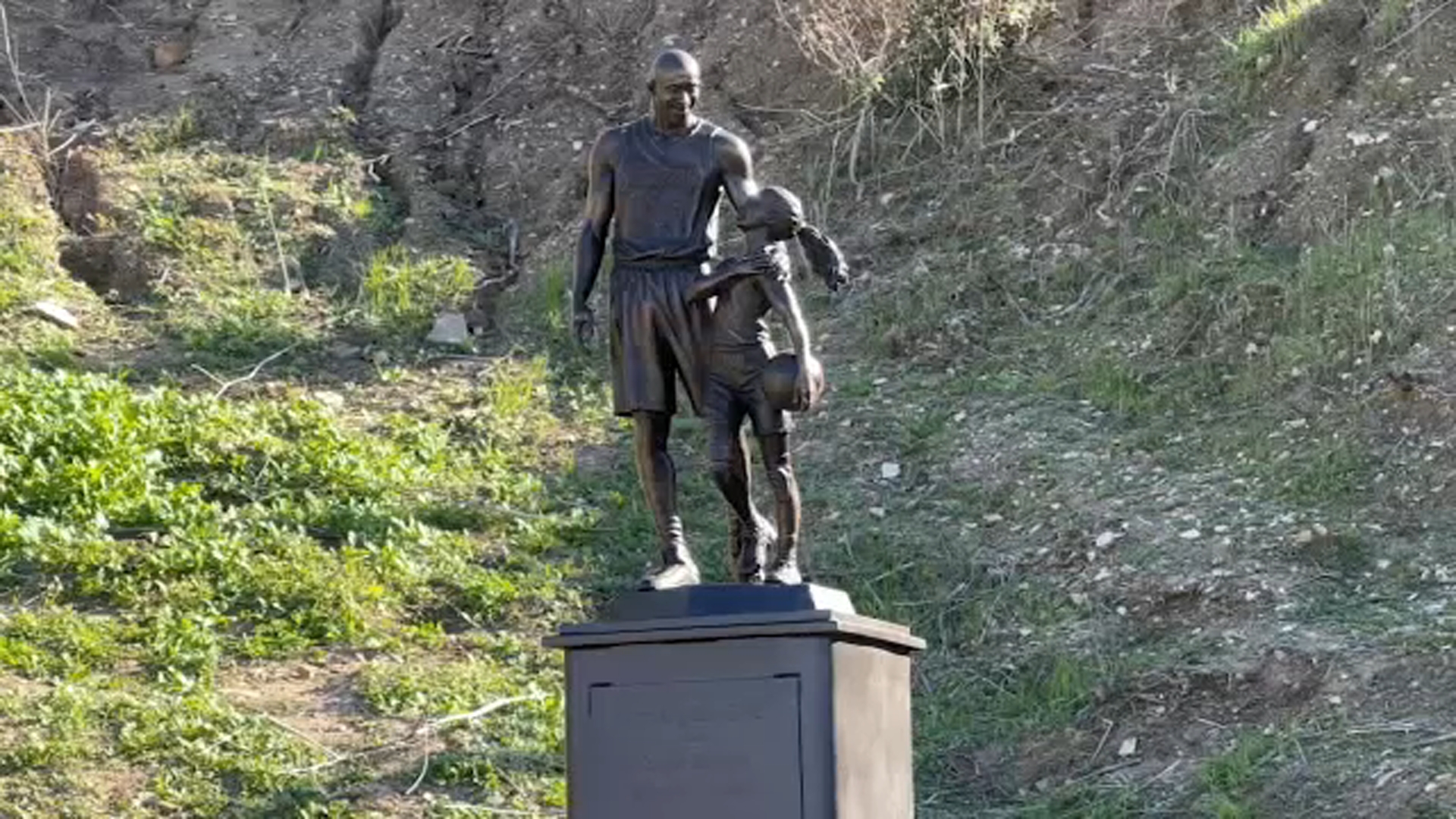 Meanwhile, a trial is nearing in a lawsuit brought by the Kobe Bryant's widow, Vanessa Bryant, seeking millions of dollars in damages for the emotional distress she claims suffering after discovering that graphic photos of her loved ones' remains were allegedly shared by Los Angeles County sheriff's and fire department personnel.