Animal adoptions from Los Angeles shelters up during pandemic

KABC
By Tony Cabrera
LOS ANGELES (KABC) -- Through the month of March, LA Animal Services was busy trying to clear a significant portion of its population to help create a safer working environment during COVID-19.

Through a plea for help to the city of Los Angeles, they were able to get 2,232 animals out of their shelters.

"That means we've reduced our population to below 25 percent of the normal," said General Manager Brenda Barnette.

They were able to put 307 animals in foster care, 919 animals in new homes, return 254 to their owners and place 752 with rescue partners.

And due to the dramatic decrease in overall population, starting Monday they are operating with just four of six centers. The two shelters that temporarily shut down this weekend had a combined total of just 150 animals, so there's not too much of an impact.

"After we realized that not only did we not have that many animals in the shelter, but we were down 80 staff, we started looking at models to keep our staff as safe as possible," said Barnette.

Staff members were out due to health and medical issues, some related to COVID-19, others not, so they created three 12-hour shifts to allow for a quarantine if someone gets sick. Barnette says she's received positive feedback from the staff, who feel safer and are now able to take better care of the animals. Still, they continue to receive criticism from people in the community.

"They're second guessing what we're doing and they're thinking we're gonna have to euthanize a bunch of animals, which is not the case," she said.

Barnette says they are committed to training the staff for how to know who really needs help and to be there for them.

"We're trying to sort of step up as much as we can. We have a concern with not knowing what's going to go on from day to day, refilling all of these shelters, if we're filled to the brim and we don't have any breathing space, that's not the answer," she said.

LA Animal Services is asking people not to turn in their animals at this time. If you can, they say keep your animal. But if people are really desperate, they can call and make an appointment.
Report a correction or typo
Related topics:
pets & animalslos angeleslos angeles countydogscatsanimalpets
Copyright © 2020 KABC-TV. All Rights Reserved.
More Videos
From CNN Newsource affiliates
TOP STORIES 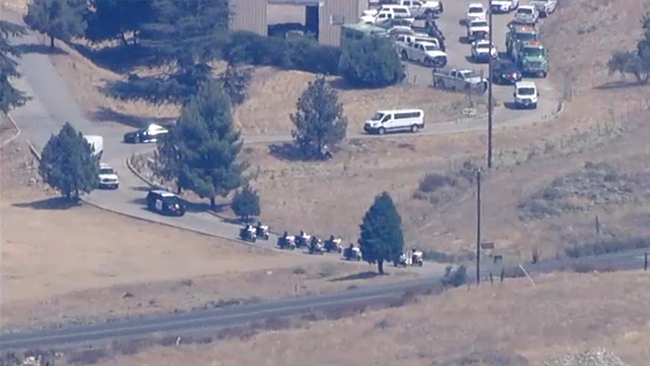