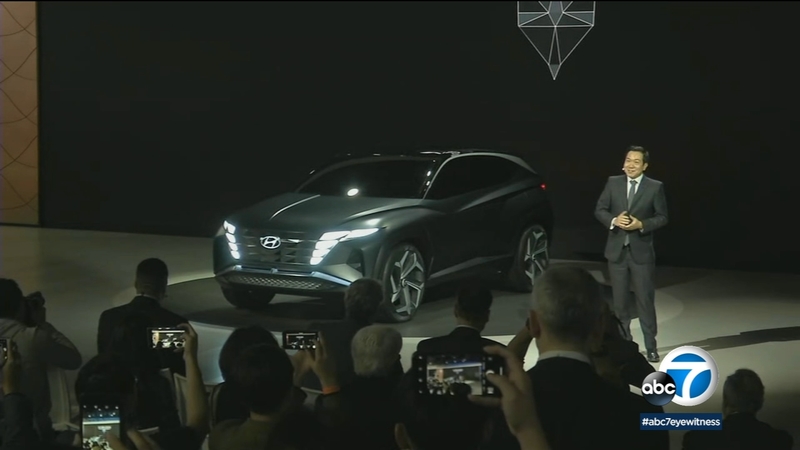 The L.A. Auto Show began press days with some sizzle! Vintage Dodge Challengers were on display outside the convention center, while the new 50th anniversary model was inside.

"To be 50 years later, to have the success that we've had with the modern-day, and then looking back at how unique and different that car was when we launched it in 1970," said Kevin Hellman, a spokesman for the Dodge brand.

There are reveals of new cars of all types, including a concept for a new Hyundai plug-in hybrid SUV called the Vision T. It promises efficiency, with an interesting shape.

Another interesting shape is on the new Land Rover Defender, brought back in all its ruggedness for off-road use, or on.

"One of the big changes with the new vehicle is its ability to handle the pavement in a lot more refined way than its predecessor," said Simon Turner of Land Rover North America.

For buyers on a little more of a budget, Nissan did the world debut of the next generation Sentra here. Do small cars have to be frumpy looking? Nissan says no, they don't.

"I think when you look at this all-new Sentra, and you look at the fluid lines throughout the vehicle, it really speaks to a level of style and sophistication that we've never seen before in a compact car," said Mike Terrell, a Nissan spokesman.

Sometimes the choice comes down to being green...or being mean. Mercedes-Benz is moving down both of those lanes

"We have the EQC here, which we think will feature very prominently on California roads, our all-electric SUV. And then we have the guarantee that your kids will never be late for soccer games, we've got the GLS with 604 horsepower and three rows of seats," said Rob Moran, director of communications for Mercedes-Benz USA.