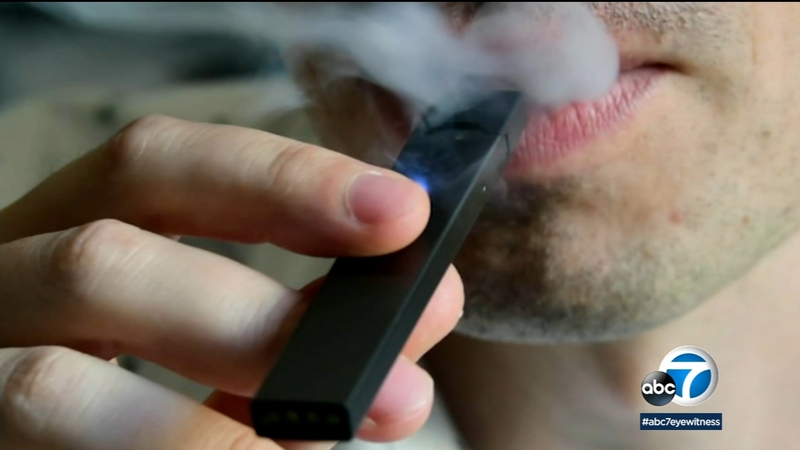 It is illegal to sell to anyone under 21. Now Feuer is proposing to go after vaping and tobacco product companies who are selling flavored smokes online.

"We know there are companies that don't have sufficient age gates on their websites to prevent kids from getting access to vaping products," Feuer said.

The County of L.A. proposes an even more dramatic step in unincoporated areas: ban sales of the flavored products, including menthol to everyone. It's a move that merchants say will send business up in smoke.

"Flavored is like 90 percent, or 80 percent of profit for retailers," said Nadar Fararji, a smoking products wholesaler.

He says the number of retailers in the county, including gas stations is 12,000. The flavored tobacco products is the biggest seller.

"The city first of all, they are going to lose a lot of taxes, the state, too," Fararji said. "Because these products are taxed at 60 percent, excise tax. I don't think they've measured how much money they are going to be losing."

The proposed restrictions come as the Centers for Disease Control and Prevention announced the latest casualties: 530 confirmed and probable lung injuries. Two out of three victims are 18 to 34 years old and now there are eight deaths.

Criminal investigators are now on the case to determine what products are sickening people. Some victims have used e-cigarettes, others have used cannabis products.

"There is no single product, substance, product, additive or brand that has been associated with all the cases," said Anne Schuchat, MD, with Centers for Disease Control.

As for the city's proposal, there's no word yet on how it would be enforced.

The city's ban is a proposal. The county's ban is up for a vote next Tuesday.
Report a correction or typo
Related topics:
health & fitnesslos angeleslos angeles countyvapingban
Copyright © 2022 KABC Television, LLC. All rights reserved.
TOP STORIES
Death toll rises to 21, mostly children, in TX school shooting
Uvalde school shooting: What we know about 19 kids, teacher killed
Watch Steve Kerr's raw, emotional plea after Texas shooting
CA water board adopts ban on watering some green spaces amid drought
Suspect wounded after CHP, deputies are fired upon in East LA
Mater Dei HS celebrates 3 Heisman Trophy winners amid controversy
More water restrictions expected this summer
Show More
Biden says 'we have to act' after Texas school shooting
What is monkeypox? CDC updates doctors as CA reports 1st possible case
11 killed in shooting attacks on 2 bars in Mexico
How to talk to kids about Texas school shooting
A look at some of the deadliest US school shootings
More TOP STORIES News