A motion before the L.A. County Board of Supervisors would figure out a way to remove Sheriff Alex Villanueva.
KABC
By Carlos Granda 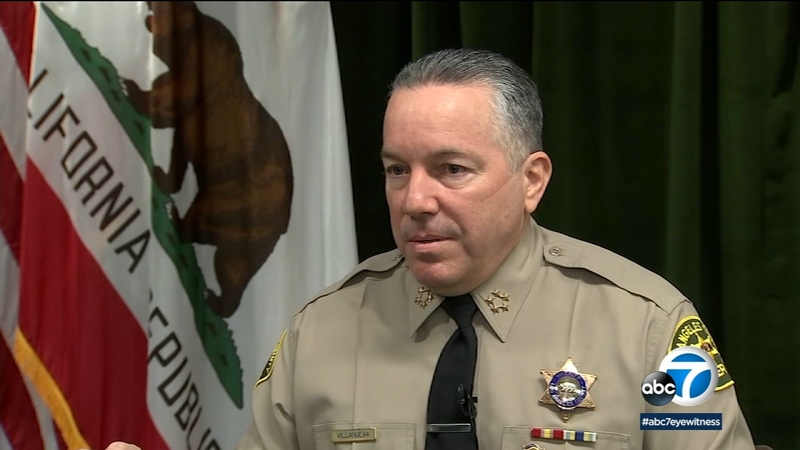 LOS ANGELES (KABC) -- A motion before the Los Angeles County Board of Supervisors would figure out a way to remove Sheriff Alex Villanueva. Some supervisors say he has not been transparent and they want more oversight into the L.A. County Sheriff's Department.

"We have no confidence in the sheriff," Supervisor Hilda Solis said on Tuesday.

Villanueva on Tuesday said he is transparent and wants to work with the board and the independent inspector general and civilian oversight commission.

"I'm reaching out. I'm reaching out across the aisle and tell them let's sit down, let's resolve our differences, let's work out a memorandum of agreement with the inspector general and my office in terms of sharing information," Villanueva said.

Supervisor Mark Ridley-Thomas has been one of the main proponents of this effort. Some supervisors want to see if future sheriffs could be appointed and not elected.

"We stand firm in terms of the issue of the transparency and accountability and I think it's reasonable for the board to have the opportunity to look at this matter," Ridley-Thomas said.

"This is in the constitution. obviously if it were to be changed. that is part of this exploration, is what it might take," Supervisor Sheila Kuehl says.

Because the sheriff is an elected position the Board of Supervisors has limited oversight. But the board does have control over the department's budget.

"We are massively in the hole. The CEO's office has admitted they deliberately underfunded department's operations," Villanueva said.

Supervisor Kathryn Barger said she has disagreed with the sheriff on multiple occasions, but doesn't support removal or impeachment.

"The sheriff is elected and in 2022, unless there's a community effort to vacate that seat prior to that, that's where the voters have a right," said Barger.