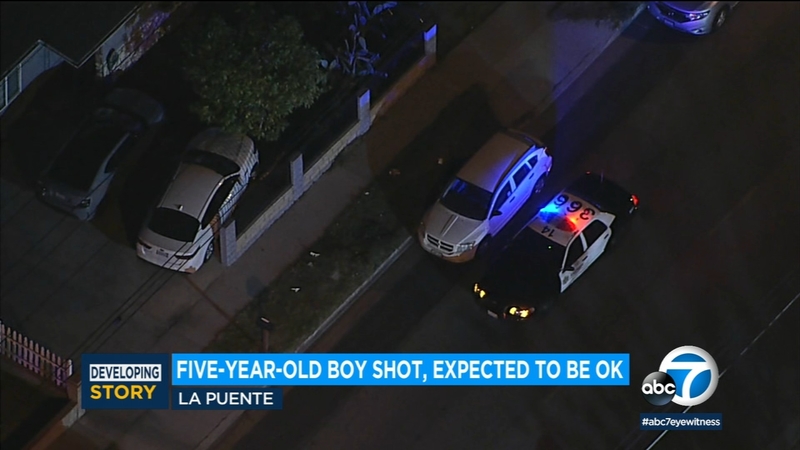 A gunman is sought after a 5-year-old boy was wounded in a shooting in La Puente Wednesday night, authorities said.

The shooting was reported about 9:15 p.m. in the 14200 block of Nelson Avenue, near Sunkist Avenue, according to the Los Angeles County Sheriff's Department.

According to LASD, the shooting happened when the 5-year-old boy was with his mother in the driveway as she was unloading groceries from a car.

His mother rushed him to the hospital, where the boy was treated for injuries described as non-life-threatening and released Thursday morning.