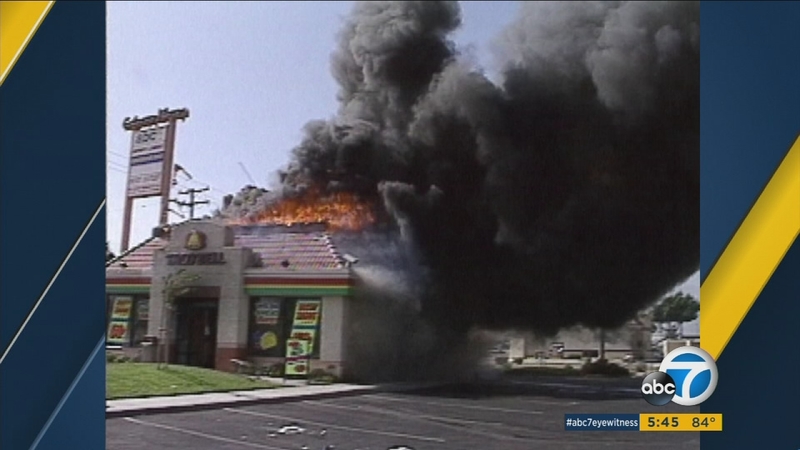 Looters raided businesses and shop owners opened fire. Not only was LA coming apart at the seams -- it was burning.

Today, Ralph Terrazas is LA's fire chief, but in April 1992, he was just on the verge a promotion to captain, with little more than eight years of experience as a firefighter.

He'd never seen anything like the mayhem fire crews were thrust into.

"We had about 3,600 fires," Terrazas said. He estimated that about 1,100 buildings were destroyed.

"This was people setting arson fires, and it wasn't just one," Terrazas said. "Entire blocks were on fire."

The chief talked about the riots flanked by LA's horizon. Twenty-five years ago, that horizon was nearly engulfed in flames. More than 3,500 firefighters were out battling blazes.

"We drove by more fires than I can ever recall. We did not stop," Terrazas said.

"We were overloaded, and some fires, the reality was they were going to be allowed to burn themselves out," Terrazas continued.

The flames and the smoke, however, weren't the only dangers.

Scott Miller was driving a hook and ladder truck during the riots when he was shot in the face and nearly died. Word of the attack traveled fast through the fire department.

"The bullet came across, struck me on the jawbone, followed across my jawbone, went into my neck and severed my carotid artery," Miller said.

"For the first time ever - and I've never felt this way since - I felt threatened by the people we were trying to protect," Terrazas said.

Underneath their fire gear fire crews began sporting body armor. "We never had it before," Terrazas said, "but now it's a standard piece of equipment."

No other LA firefighter has been shot over the past 25 years. During that time, Scott Miller became Capt. Scott Miller, now a 36-year department veteran.

Los Angeles Fire Chief Terrazas, meanwhile, tries to focus on the positives that came out of those six days when rage and flames spread through the city.