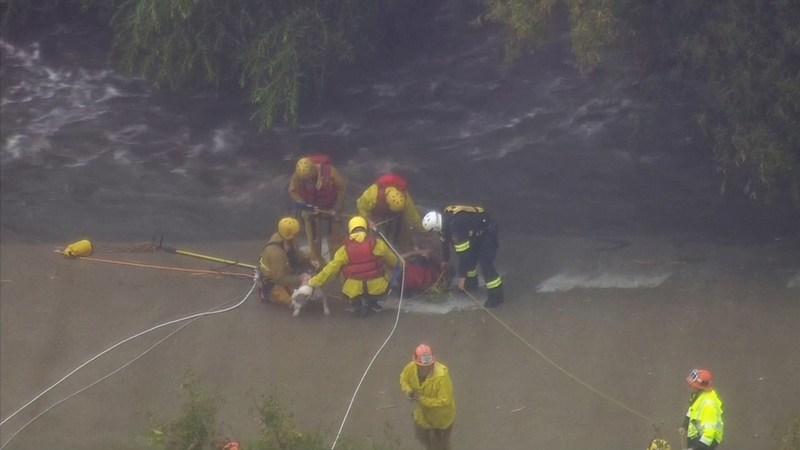 ELYSIAN VALLEY, LOS ANGELES (KABC) -- Three people and a dog were rescued after getting stuck in trees along the Los Angeles River, which was swollen to a raging torrent following heavy downpours Tuesday morning.

The Los Angeles Fire Department received reports of a man and a dog stuck atop a tree in the riverbed near Shoredale Avenue in the Elysian Valley area around 7:30 a.m.

The man, later identified as David Quinones, and his dog were pulled safely off the tree onto dry ground by swift-water rescue crews. He said he and his dog were caught off guard by the water and climbed the tree to wait out the storm.

"We were just kind of clinging on for dear life," said Quinones, who added that his dog's paws were bruised but otherwise was OK.

Another person was also plucked out of the water by crews where Quinones and his dog was saved. That person was taken to the hospital for injuries that were not considered serious.

A third person was also rescued at a separate location along the river near Fletcher Drive and the 2 Freeway in Atwater Village.