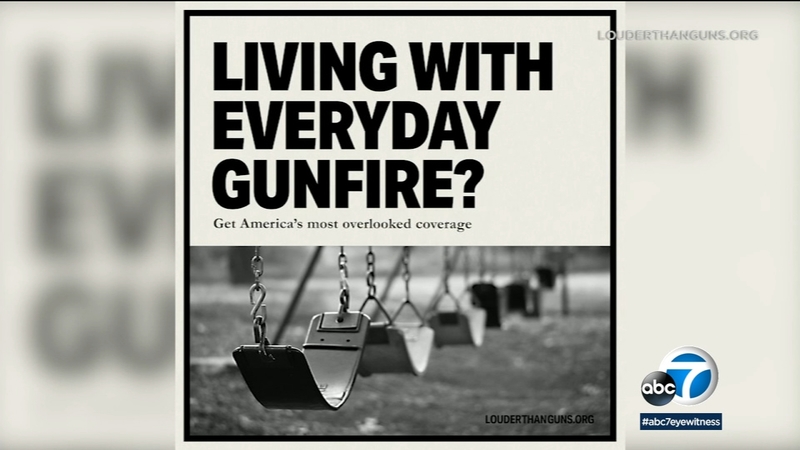 LOS ANGELES (KABC) -- Do you have mass shooting insurance?

A group of Los Angeles high school students who serve on the Mayor's Youth Council to End Gun Violence says it's gotten to the point where we all need it. They're behind a new ad campaign to let people know that gun violence can't be accepted as normal.

"We are very desensitized to it. We hear it every single day on the news. We go online, everybody's talking about it. We hear it all the time. So getting something that's this eye-catching, this big, brings more attention it and says hey, this is actually happening. it's a big deal. We should do something about it," said Katherine Henriquez, a member of the Mayor's Youth Council to End Gun Violence.

You'll start seeing the four ads scattered at 50 bus stops throughout the city. Each poster lists a hotline number and website featuring resources on efforts to prevent gun violence.

"We got an email that was sent to us saying I couldn't believe this. I was so offended this was allowed on a billboard. That there was an actual product called insurance for a shooting. Until, they read the fine print and this constituent said, bravo, thank you for doing this. Because, we have to wake people up. We can't just accept this violence. Maybe it's a mass shooting, maybe it's an accidental shooting or a suicide. Maybe it's just gun violence caused by gang activity," said Los Angeles Mayor Eric Garcetti.

The campaign costs just under $25,000 and is paid for by the mayor's office of gang reduction and youth development. The creative ad agency Omelet volunteered its services for this campaign.

The Youth Council is the first mayor-led initiative in the country where youth are leading the charge on gun violence prevention.