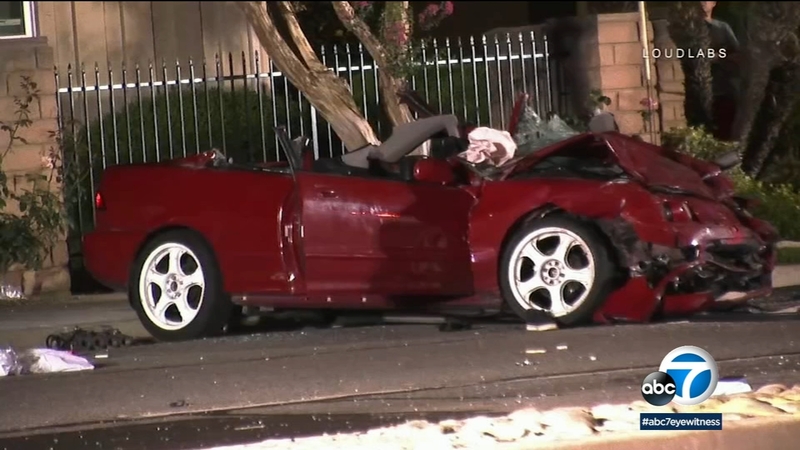 According to the La Verne Police Department, officers tried to conduct a traffic stop on a red Acura Integra about 8:50 p.m. after its driver failed to stop at both a stop sign and a red traffic light in the area of White Avenue and Arrow Highway.

The Integra sped away, investigators said, and after a pursuit of about 3/4 of a mile the car slammed into a black Toyota Corolla near White Avenue and College Lane.

"The driver of the red car was speeding up White, going northbound, and basically T-boned the black car," said a witness who gave his name only as Nathan. "I guess there was a chase that was just starting down by the Shell gas station."

La Verne Police now say 2 people died in a two car crash. One car was being chased by authorities when the crash happened. Details coming up on ABC7. #laverne @ABC7 pic.twitter.com/0RLib8TCp1

Firefighter paramedics responded to the scene and extricated two people from the Corolla and three from the Acura. All five individuals were transported to a hospital, where the two drivers died, police said.

The surviving victims were listed in critical condition.