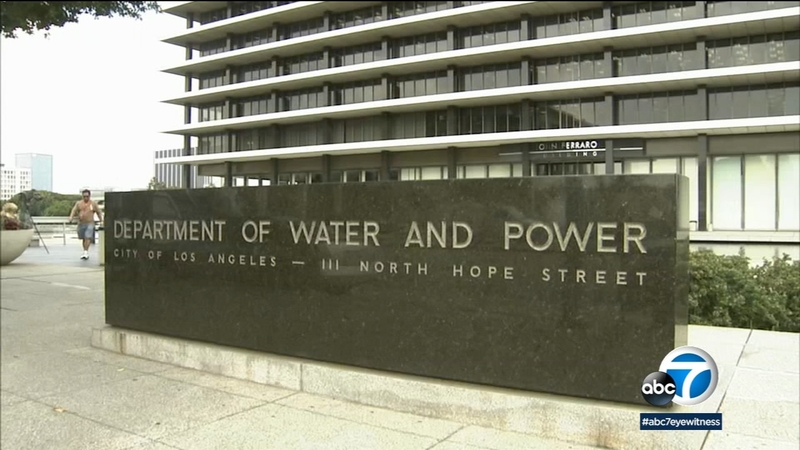 LOS ANGELES (CNS) -- Mayor Eric Garcetti on Monday announced the first-ever inspector general for the Los Angeles Department of Water and Power in an effort to bolster accountability and transparency.

Sergio Perez, who most recently served as executive director for Orange County's Office of Independent Review, will begin the position May 9.

The announcement comes more than two years after Garcetti first said the city would create the position and less than a week after a former senior lawyer in the Los Angeles City Attorney's Office pleaded guilty to a federal charge connected to the city's handling of litigation and a settlement over the botched rollout of a DWP billing system. His plea is the fourth prosecutors have obtained in the investigation involving the period in 2014 when DWP faced multiple class-action lawsuits over the flawed rollout of the billing system.

"Transparency and accountability are instrumental to running a utility that Angelenos can rely on and trust,'' Garcetti said. "Sergio has the breadth and depth of experience to make certain that the department is always working to uphold the highest standards of integrity and improve customer confidence.''

The mayor first announced that the city would create an Office of the Inspector General for the DWP in September 2019, about two months after FBI agents raided the DWP's downtown headquarters and City Hall East.

Garcetti said the inspector general will be part of the DWP's senior leadership team, providing continuous review and oversight of contracting matters, whistleblower complaints, ethics and other internal policies. The office will have the power to initiate investigations and oversee the department's Internal Audit Division, Special Investigations Unit and ethics compliance staff.

"I have spearheaded accountability and transparency efforts effectively throughout my career in government by working to identify and correct individual instances of fraud, waste, and abuse to get at their root, systemic causes -- all with an eye on collaboration and problem-solving,'' Perez said in a statement. "As a recognized leader in oversight, systems reform and local government, I look forward to working with LADWP's current leadership in its efforts to improve the agency's practices and increase public trust and appreciation for the department's work. For that reason, I am excited to serve as LADWP's first Inspector General.''

Prior to his work in Orange County, Perez was the director of enforcement for the Los Angeles Ethics Commission. He has also served as a trial lawyer for the U.S. Department of Justice's Civil Rights Division and the U.S. Consumer Financial Protection Bureau. He was also a deputy attorney general for the California Department of Justice.

"On behalf of the department, I am proud to welcome Sergio Perez as the department's first Inspector General,'' LADWP General Manager and Chief Engineer Martin Adams said in a statement. "With the new post, we will now have a dedicated individual with a wealth of experience whose sole focus is to uphold the integrity of the department by combating activities that may tarnish the reputation of our hardworking employees and furthering our mission of providing the highest level of service to our customers.''