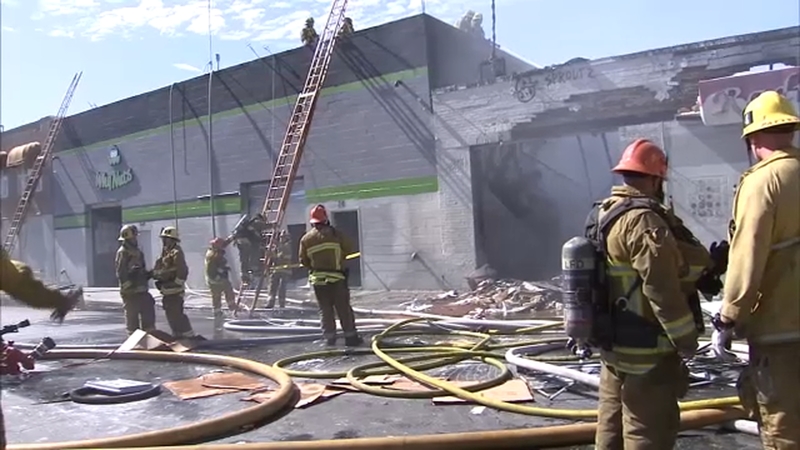 3 hurt in explosion at commercial building in downtown LA

The explosion occurred around 12 p.m. at a textile business located in a row of commercial structures near 7th and S. Kohler streets, according to the Los Angeles Fire Department.

Three men were hurt, including two who were severely burned and in critical condition, fire officials said. The third patient was in fair condition after suffering unspecified injuries.

I’m drawing in my studio and was startled by a loud explosion. I hope everyone is okay :( #losangeles pic.twitter.com/W0ILYkSaLp

Witnesses reported the explosion was very loud and rocked the area.

The Fire Department declared a "major emergency" after 137 firefighters responded to the scene and were in a "fully defensive mode."

Just over an hour after the blast, the LAFD announced that the fire was extinguished. No other buildings were seriously damaged.
EMBED More News Videos

At least three people were injured in an explosion and "heavy fire" in downtown Los Angeles, the Los Angeles Fire Department said.