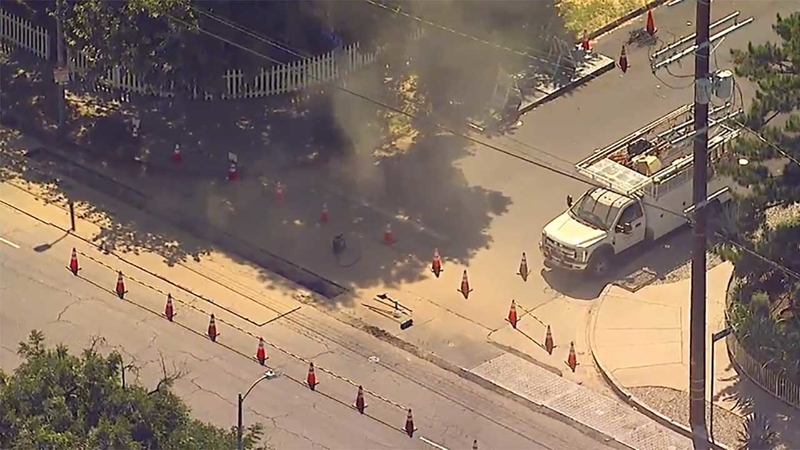 A high-pressure natural gas line was apparently ruptured by utility workers about 10 a.m. in the 17600 block of West Saticoy Street, according to the Los Angeles Fire Department.

There were no immediate reports of injuries or fire.

Aerial video from AIR7 HD showed a mixture of gas and dust rising from an open trench at the intersection of Saticoy Street and White Oak Avenue.

There were a total of 25 homes and businesses and one house of worship that were evacuated during the leak out of an abundance of caution, the LAFD said.