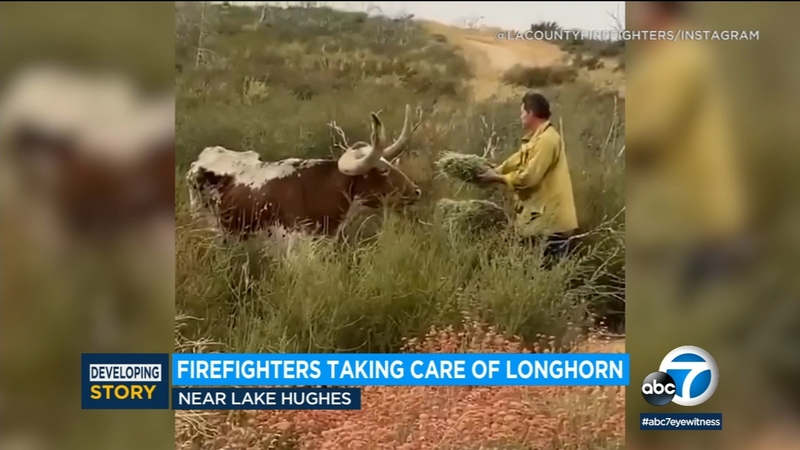 SoCal firefighters taking care of longhorn steer who charged at them

LAKE HUGHES, Calif. (KABC) -- A longhorn steer who was seen on video charging at firefighters as they battled the Lake Fire is now being taken care of by those crews.

Turns out, the longhorn is well known in the area around Lake Hughes in the Angeles National Forest. The steer's name is Maxwell, and people in the area have been taking care of him for the last few years after his owner passed away.

Firefighters have been taking food and water to Maxwell as a heat wave grips Southern California.

Firefighters were battling the Lake Fire burning near Lake Hughes in the Angeles National Forest when they came across an expected challenge.

Last week, Ventura County firefighters assisting in the fight were working on unblocking a road so the fire engines could access a clearing when a longhorn steer came charging straight at them.

Video of the incident shows the steer running at the firefighters, who were able to move out of the way pretty quickly, considering the heat and all the heavy gear they carried.