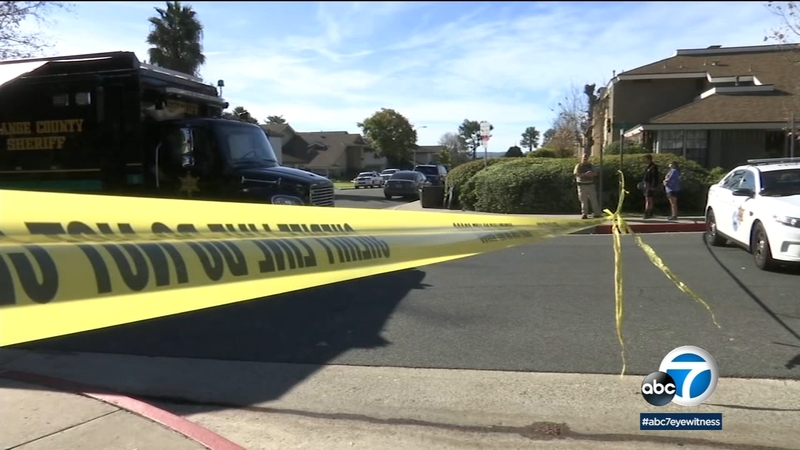 Lake Forest: Man dies after being found shot in alley; shooter at large

In a statement, the Orange County Sheriff's Department said deputies responded just before 1:30 a.m. to a report of a man bleeding near Second Street and Village Drive.

The deputies arrived in the residential area to find the victim suffering from a gunshot wound and not breathing, the news release said. Described as being about 20 years old, he was transported to a hospital where he was pronounced dead shortly afterward.

Residents said the neighborhood was loud with parties ringing in the new year.

"Just a lot of bangs going off, but I didn't really notice if it was like a gunshot," Annette Sariego said.

The man's name was not immediately released.

"It appears that maybe he was with a group of people that were here at a party and the people at the party found him," said Lt. Chad Taylor with the Orange County Sheriff's Department.

A description of the shooter, who remained at large, was not available.

Some neighbors were concerned with their safety following the deadly shooting. However, detectives said the community should not be on high alert.

"It doesn't appear this was an act of they were randomly going out and finding somebody," Taylor said.

A few residents were still not at ease.

"Even though it's a safe place, you just never know. People come through this area to go out on the main street. So you never know who's maybe coming through here," Sariego said. "So it's very scary, especially finding blood right here on our street."

Investigators said they do not believe the shooting was a result of someone shooting a gun into the air at midnight.

Residents said they've seen an increase in graffiti and are aware of two recent stabbings, fueling concerns of gang activity. Authorities, however, did not confirm that the shooting was gang related.