Pair of siblings, 3 and 4, dead from apparent drowning in Lake Hughes area 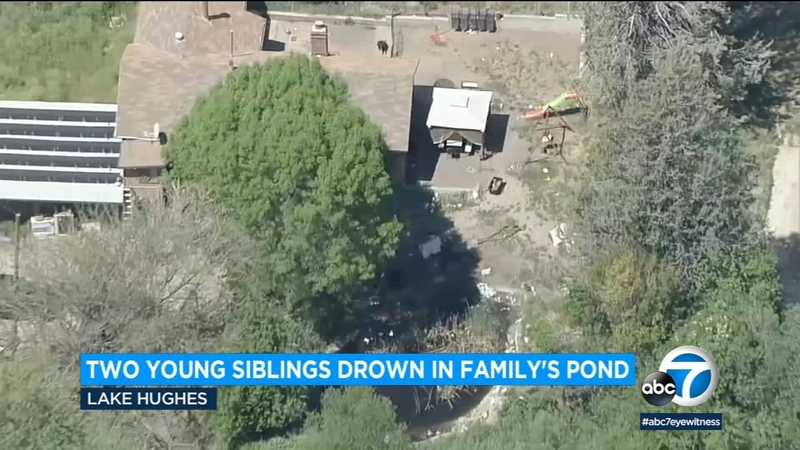 Siblings, 3 and 4, dead from apparent drowning in Lake Hughes area

A brother and sister, described as being 4 and 3 years old, respectively, were rushed to the hospital by helicopter ambulance, according to the Los Angeles County Sheriff's Department.

The young boy was pronounced dead shortly after, and on Tuesday morning, authorities said the girl also did not survive.

According to officials, the incident happened just before 7 p.m. in the 43000 block of Lake Hughes Road. The children's mother had noticed they were missing and began searching for them with the help of a neighbor, according to authorities. About an hour later, they found them in a shallow pond close to the home on the property.

No signs of trauma were present, and officials say everything indicates it was a tragic accidental drowning.

Child Protective Services were notified and launched an investigation, in addition to the sheriff's investigation.