Saundra Putziger told Eyewitness News that she watched her home go up in flames on the news. She didn't have any fire or homeowners insurance.
KABC
By Leanne Suter 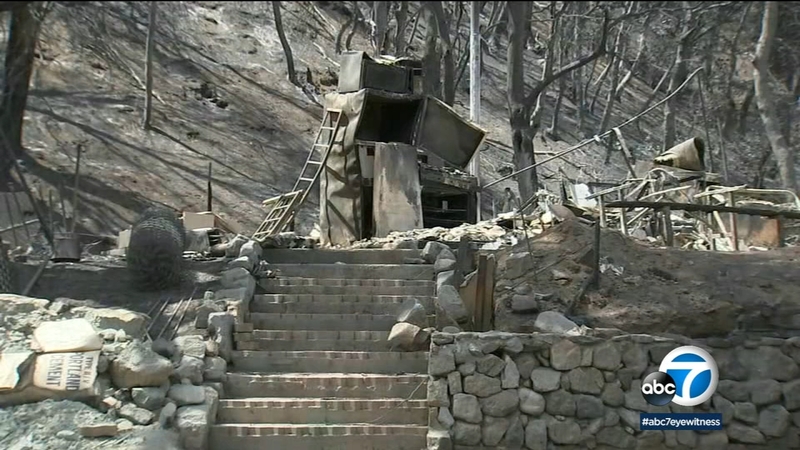 LAKE HUGHES, Calif. (KABC) -- A mother of two has been left without a home after the massive Lake Fire that erupted earlier this week in the Angeles National Forest tore through the area.

When the blaze started approaching her home, Saundra Putziger only had minutes to gather her two young daughters and as many of their belongings as they could. Putziger is permanently disabled after a severe car accident and now she has nothing left.

"We were freaking out, we were panicking, we were just throwing bags in the car, whatever we could grab but we couldn't grab everything," she said. "I didn't grab enough clothes or anything because... it was like a blink of an eye."

Putziger told Eyewitness News that she watched her home go up in flames on the news. She didn't have any fire or homeowners insurance.

A GoFundMe page has been set up to help the family get back on their feet.

The blaze, which had burned nearly 18,000 and was only 12% contained by Saturday evening, has burned at least six homes, including Putziger's.