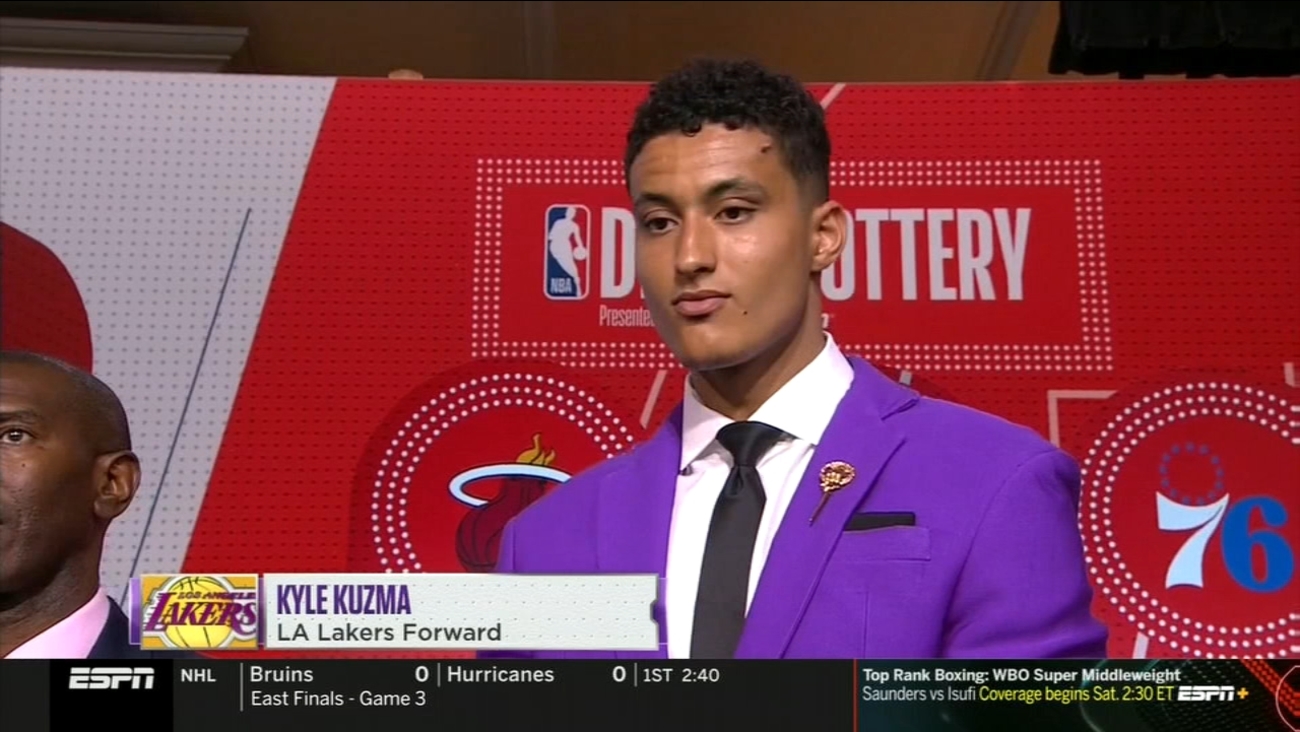 Kyle Kuzma represented the Lakers at the NBA draft lottery.

The Los Angeles Lakers lucked out in the NBA draft, getting the No. 4 pick in Tuesday's lottery when they were expected to be much lower.

The Lakers had only a 2% chance of landing the top pick. Statistically they were expected to land outside the top 10, so hitting that fourth spot was a positive development following a turbulent season.

The New Orleans Pelicans received the No. 1 pick.