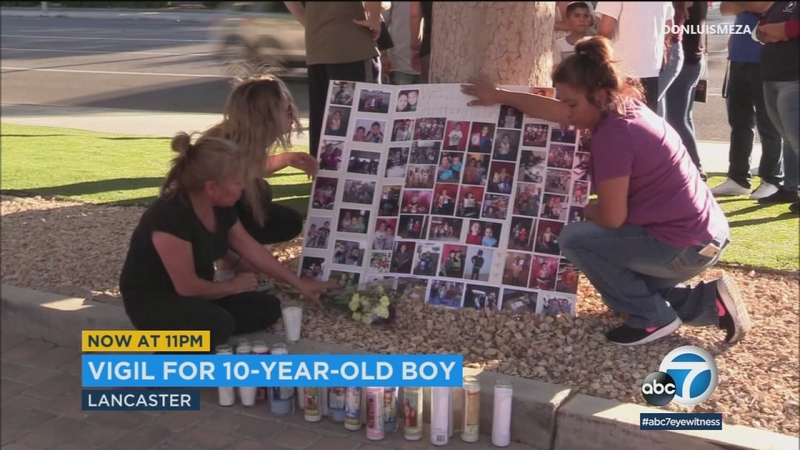 LANCASTER, Calif. (KABC) -- A 10-year-old boy has died after what investigators are calling a "suspicious" fall inside a Lancaster apartment on Wednesday.

Although the boy survived the night, he succumbed to his injuries and was pronounced dead at 6:30 a.m. Thursday morning and community members later held a vigil.

Authorities have taken custody of seven other children who either lived at the apartment or were associated with the victim's family, pending further investigation by the L.A. Sheriff's Homicide Bureau and Special Victims Bureau.

At least one family member reportedly said that the boy and his siblings were victims of abuse.

Deputies first responded to the apartment in the 1100 block of East Avenue K around 12:15 p.m. Wednesday, where they found the boy unresponsive.

No information has been released about how the boy was hurt and no arrests have been made.