A woman and her unborn child were killed after a suspected drunk driver pursued by sheriff's deputies in Lancaster crashed into her car and ran off.
City News Service 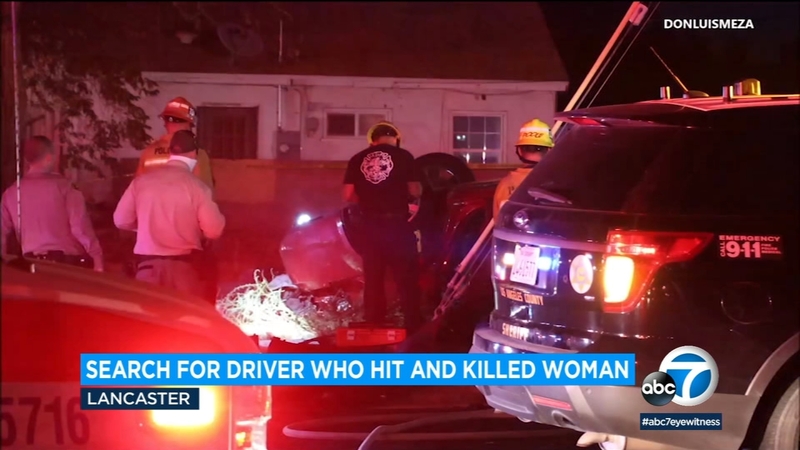 LANCASTER, Calif. (CNS) -- A woman and her unborn child died at a hospital after a suspected drunk driver pursued by sheriff's deputies in Lancaster crashed a pickup truck into her car and ran off, authorities said.

The suspect was still being sought.

The deputy attempted to stop the driver but he did not stop, which resulted in a pursuit, Skaggs said.

"The suspect vehicle was able to gain a considerable distance from the deputies while it traveled eastbound on Avenue J-8 towards 10th Street West,'' a sheriff's statement said. "The (Dodge) Ram pickup failed to stop for the red traffic signal as it entered the intersection of 10th Street West and collided with a red Dodge Avenger.''

The suspect ran from the crash scene, Skaggs said.

"The driver of the (car) was transported to Antelope Valley Hospital, where she and her unborn child ultimately succumbed to their injuries,'' a sheriff's statement said late Tuesday morning.

The woman's name was withheld, pending notification of her relatives.

Deputies were following up on information found in the pickup truck in hopes of locating the suspect, Skaggs said.