Woman run over, killed when chasing after robbers in Lancaster 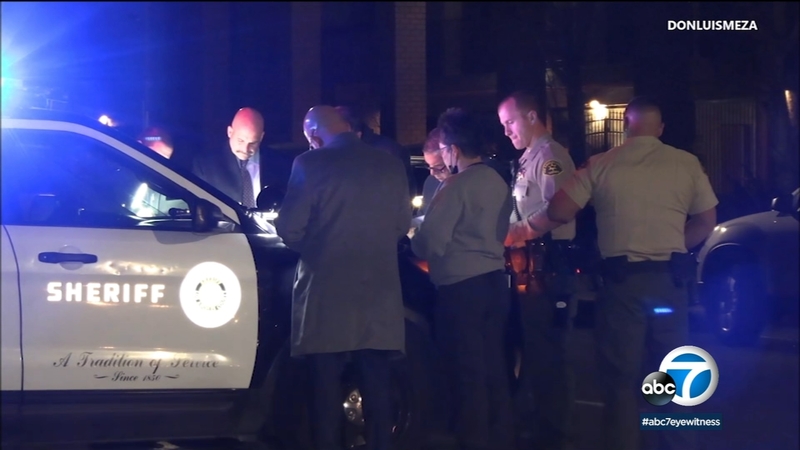 Woman run over, killed by robbers in Lancaster

LANCASTER, Calif. (KABC) -- A woman was run over and killed in Lancaster when she tried to chase after two men who had robbed her and beaten her boyfriend, officials say.

The incident started with a robbery around 8:20 p.m. Friday in the 44000 block of 15th Street West. Sheriff's deputies say two men robbed a woman and her boyfriend inside an apartment complex.

The boyfriend was beaten during the robbery and left seriously injured.

Then as the two suspects ran off, the woman gave chase on foot.

At some point, the suspects ran over her with their sedan and left her in the street.

She was transported to a local hospital with severe injuries and later pronounced dead.

A detailed description of the suspects was not available.