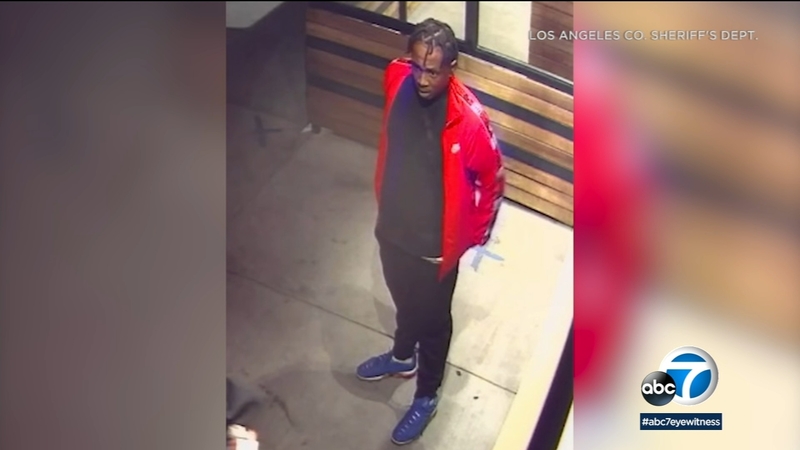 LANCASTER, Calif. (KABC) -- One of three men wanted in the death of a woman who was struck by a vehicle whose occupants had just tried to rob her and her boyfriend in Lancaster was in custody Thursday, authorities said.

Jajuan Welch-Arroyo, 26, surrendered to authorities on Wednesday and was booked on suspicion of murder, according to the Los Angeles County Sheriff's Department. He was being held with no bail. Two other suspects remain at large.

Deputies responded at 8:20 p.m. last Friday to a call of a woman down in front of an apartment complex in the 44000 block of 15th Street West, the sheriff's department reported.

Samantha Mena, 31, died at a hospital, the sheriff's department reported. Investigators on Monday released security images of the suspects, described as men in their 20s, and sought public help to identify them.

"The pictured suspects were involved in an attempted robbery at a residential complex when victim Samantha (Mena) tried to stop them,'' according to a sheriff's statement. "While the suspects fled to their vehicle, she followed them. ... The suspects entered their vehicle and ran over the victim as they fled the scene.''