10-4 day: Classic cop cars patrol Hollywood for a good cause 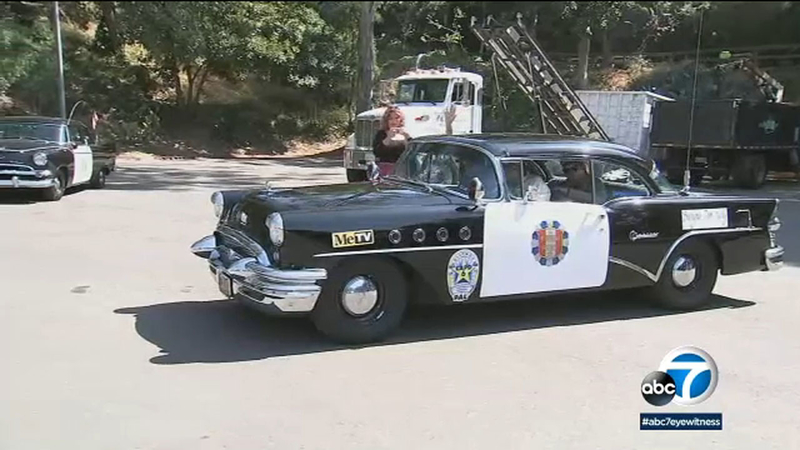 10-4 day: Classic cop cars patrol Hollywood for a good cause

HOLLYWOOD, LOS ANGELES (KABC) -- There's a lot of Hollywood and law enforcement history that pulled into one of the Hollywood Bowl parking lots Friday morning.

10-4 is the radio call first responders use to say they got the message over their radio. It was also Friday's date - Oct. 4.

Paul Michael Glaser of "Starsky and Hutch" fame and Richard Grieco of "21 Jump Street" were among Hollywood notables at the event.

The two actors were recognized for their roles portraying law enforcement officers in a realistic light.

Grieco says: "What we did on 'Jump Street" - we actually rode with a lot of police officers and did a lot of ridealongs and got the feel of what it's really like to be a cop."

Paul Michael Glaser says "We've never felt anything but support by the LAPD, the officers that worked the locations were also terrific."

At the event, the cars are the stars - from the 1950s era CHP sedans that inspired the classic "Highway Patrol" TV show to vintage LAPD and other police department vehicles.

This classic cop car show and parade has been going on for 15 years now.

And it's all for a good cause.

Retired L.A. City Councilman Tom LaBonge and co-organizer of the event, says "This little event raises some money to keep the doors open in the evening hours to give the love and training police officers give to these young people who get great mentors."