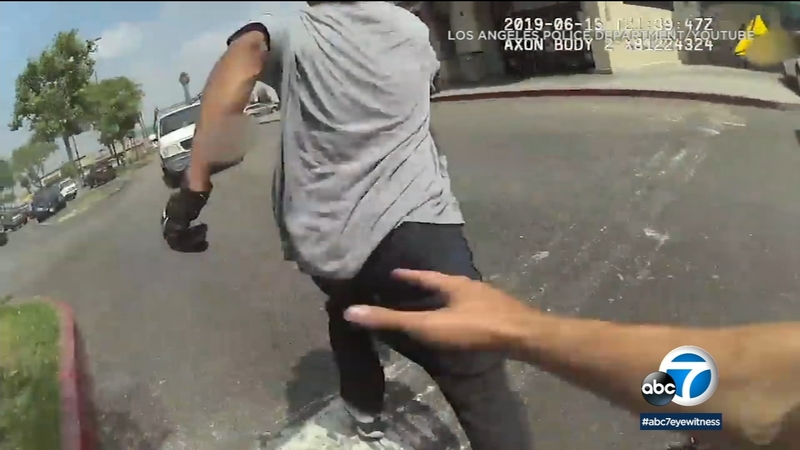 SOUTH LOS ANGELES (KABC) -- The Los Angeles Police Department on Tuesday released dramatic videos that show officers chasing down a man who was allegedly armed with a machete during an incident last month.

Dashboard-camera footage shows a police vehicle approaching the suspect in the drive-thru of a McDonald's near the intersection of Slauson and Western avenues in South Los Angeles on June 15. The man falls to the ground after apparently being struck by the vehicle, then runs away on foot with officers in pursuit.

One officer's body camera captured video of a chase through the parking lot before the suspect was taken to the ground and handcuffed.

This Critical Incident occurred June 15 when LAPD officers responded to a suspect armed with a machete in South LA. The suspect was arrested, and treated for minor injuries, after a Use of Force involving the police vehicle & foot pursuit. Full video 🔗 https://t.co/4xJEGFb70r pic.twitter.com/EFnOxwQkpo

The suspect was charged with assault with a deadly weapon, and a machete was recovered at the scene, according to the LAPD.

No officers or civilians were injured.