NORTH HOLLYWOOD, LOS ANGELES (KABC) -- The parents of Valentina Orellana-Peralta, a 14-year-old girl who was fatally struck by an LAPD officer's stray bullet at a department store in North Hollywood, spoke out Tuesday at an emotional news conference where the teenager's mother recounted the horrific shooting and its aftermath.

Speaking through a Spanish-language translator, Soledad Peralta tearfully described how she and her daughter were inside a dressing room when they heard a violent commotion outside. They hugged each other and prayed, then fell to the ground after Valentina was hit. The mother said she felt helpless as she embraced her mortally wounded daughter: "I couldn't do anything."

"Having a child die in your arms is one of the most painful things you can imagine," she said.

"When the police finally came, they took me out of the dressing room and left my daughter laying there. I wanted them to help her, but they just left her laying there alone. We want justice for our angel," said civil rights attorney Ben Crump, reading a statement from the mother.

The family and their attorneys appeared at the press conference outside Los Angeles Police Department headquarters a day after the agency released body camera footage of the incident.

"I am devastated," said the girl's grief-stricken father, Juan Pablo Orellana. "When my wife called me to tell me my daughter had been killed by police, my world collapsed on me."

Valentina loved skateboarding and had dreams of becoming an engineer to build robots, her father said, adding that their family had left their native Chile to escape from violence and injustice.

Investigators say the teenager was killed Thursday by an officer's stray bullet. She was in the North Hollywood store with her mom when police opened fire on a man accused of attacking a woman. One of the bullets went through the wall and killed her.

The attorney for Orellana-Peralta's mother says that they want the department to release all the video from the scene and for the officer to be held accountable.

"There was no weapon, there was no active shooter, and so that may be multiple problems, whether it be a system failure, whether it be somebody who just shouldn't have even been on the job," said Rahul Ravipudi.

Valentina Orellana-Peralta's mother tearfully recounted holding her daughter after the teen was fatally struck by an officer's stray bullet at a Burlington store in North Hollywood.

At the news conference on Tuesday, Soledad Peralta said that after LAPD officers found her and her slain daughter in the dressing room at the department store, she was upset that police took her out of the room and left Valentina inside without her.

Meanwhile, a coalition of civil rights groups are calling on L.A. County District Attorney George Gascón to charge the officer.

"Gascón has made a big promise, he's gonna look at police misconduct, but especially the overuse of deadly force by the LAPD. This is a test for George Gascón, the first real test," said Earl Ofari Hutchinson, president of the Los Angeles Urban Policy Roundtable.

The officer who fired the shot has not been identified, but officials say he's on paid leave pending a review.

The suspect, 24-year-old Daniel Elena Lopez, was also killed in the shooting. 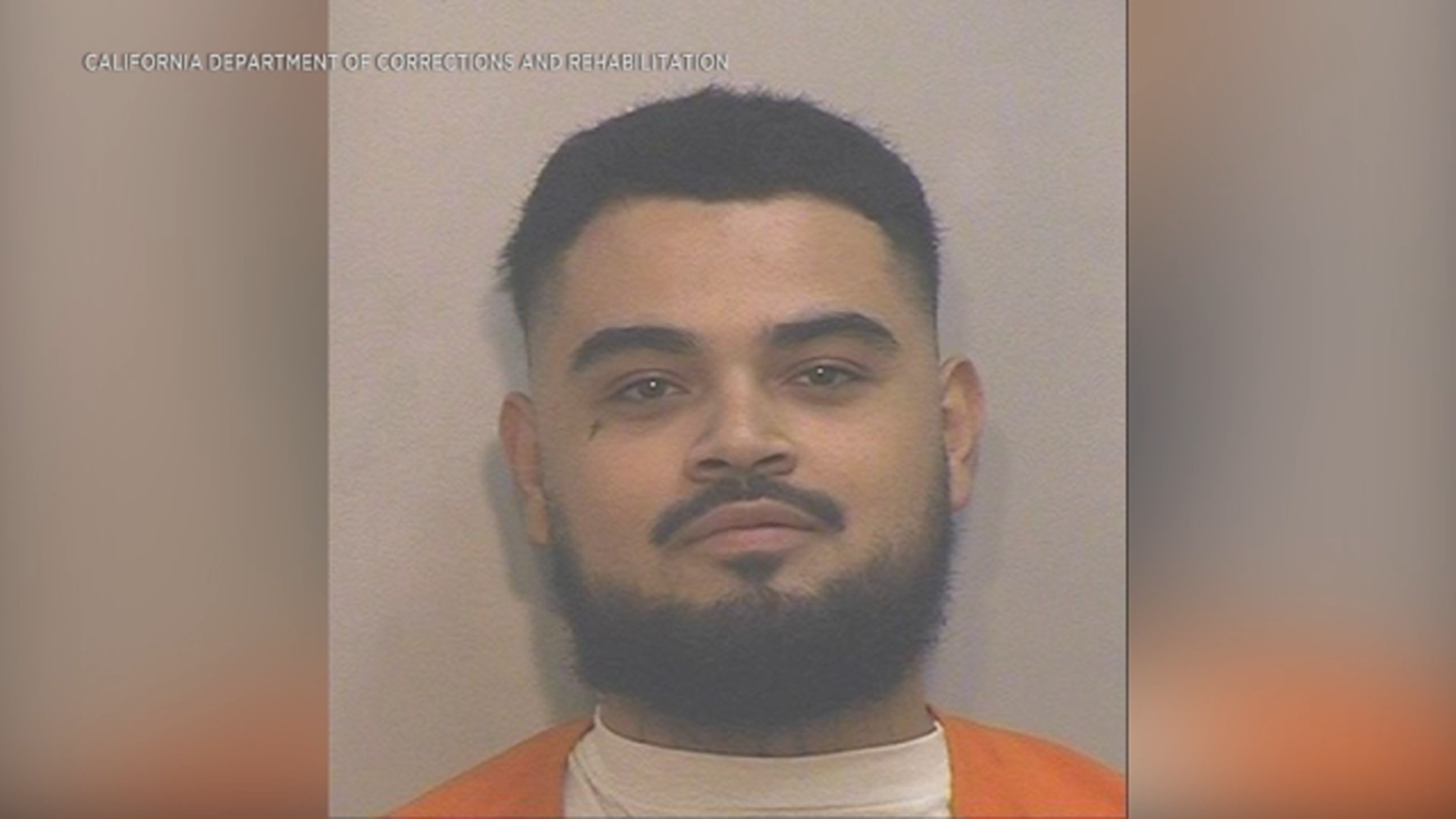 California Department of Corrections and Rehabilitation

The 35-minute video released Monday starts off with audio of several 911 calls made to police.

"I have a hostile customer in my store attacking," said one caller, who can be heard yelling, "Evacuate the building!"

In surveillance video footage, you can see the suspect, who is seen walking with a bike and a metal item, which appears to be a bike chain, walking into the store and taking the escalator to the second floor.

At one point, he leaves the store and comes back through the front door. The suspect is later seen grabbing a customer, knocking the person to the ground and hitting them with the object.

The video also shows the moments when officers opened fire. A portion of the video shows the area near the dressing room.

"We at the LAPD would like to express our most heartfelt condolences and profound regret for the loss of this innocent victim, Valentina Orellana-Peralta. There are no words that can describe the depth of the sorrow we feel at this tragic outcome," police Capt. Stacy Spell said in the posted video.

A Justice For Valentina campaign, as well as a GoFundMe account, has been created on behalf of the victim's family.