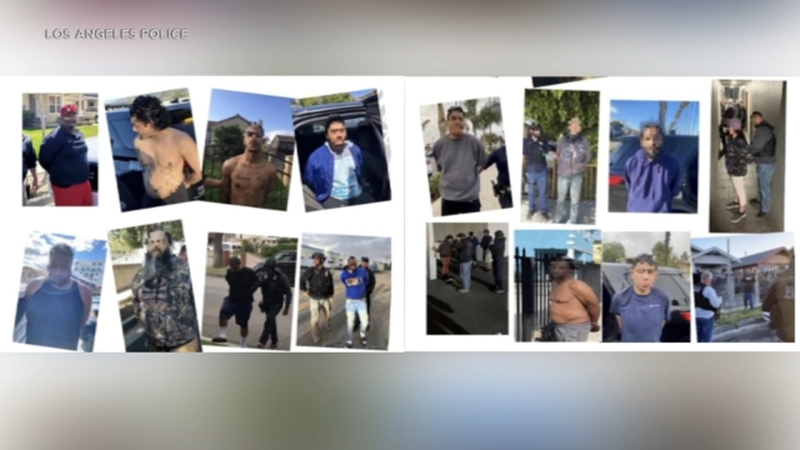 Nineteen of the people were taken into custody for murder or attempted murder as part of Operation FAST, led by the Los Angeles Police Department's gang and narcotics division. Several others were arrested for armed robbery and sexual assaults.

Authorities say 15 of the suspects arrested are gang members. Ten guns were also seized in the operation.

Fifteen agencies, including the LAPD and U.S. Marshals Service, took part in the operation from March 28-30.

The announcement of theses arrests comes days after the LAPD announced more than a dozen gangs have been tied to a recent rash in follow-home robberies across the city. However, it's unclear if any of those arrested gang members were involved in those crimes.