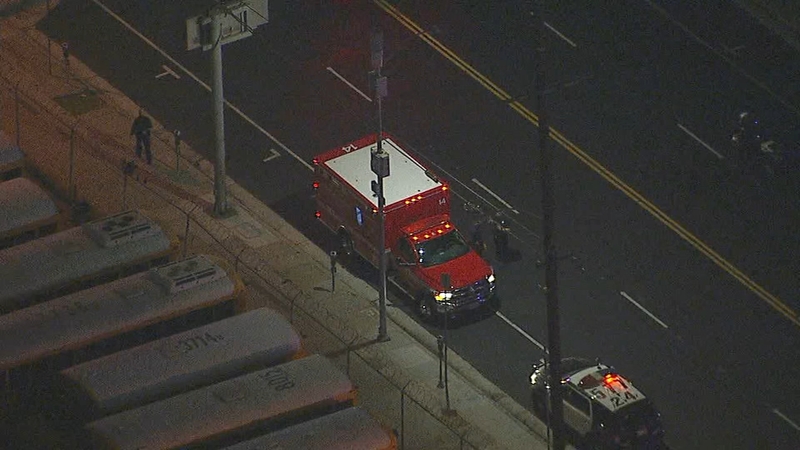 LOS ANGELES (KABC) -- A motorcycle officer was transported to a local hospital after a crash involving an alleged DUI driver in downtown Los Angeles.

The incident happened shortly before 8 p.m. at 14th Street and San Pedro Street.

The driver of the vehicle was arrested on suspicion of DUI, police said.
The Los Angeles Police Department officer was transported to a local hospital with minor injuries and was in stable condition