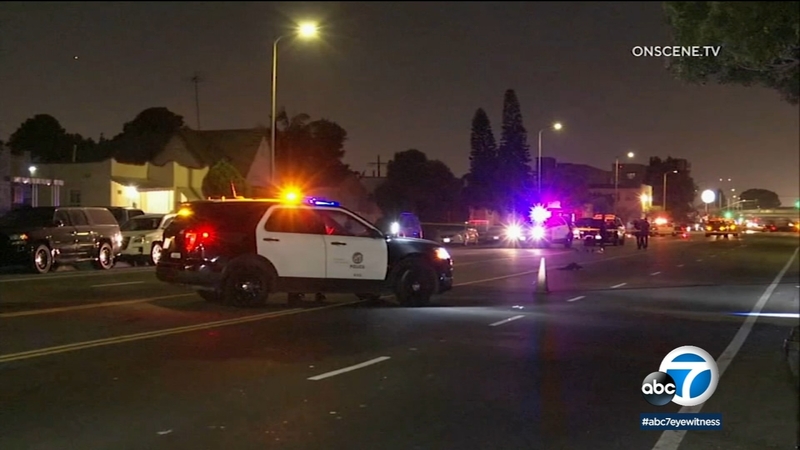 LOS ANGELES (KABC) -- "This was a very, very good year," Mayor Eric Garcetti said Wednesday as he announced that 2019 saw the lowest number of crimes in Los Angeles in decades.

LAPD Chief Michel Moore said, "What we can never forget is that behind every stat there is a human life."

The department released numbers from last year that show there were 253 homicides in Los Angeles in 2019, the lowest rate since 1962 and a 77 percent decrease since 1992.

The department says it's all about reaching out to the community and building trust.

"We needed to put more officers on the beat, we needed to increase the instances in which officers in the community could work together," said Moore.

To do that, officials say they are using new technology to reduce the time officers spend doing paperwork and get them back out in the field faster.

Because of this the average officer was able to be in the field about 84 more hours in 2019 compared to 2017.

"To keep officers from needing to re-enter data collected on their phones and get them back on patrol much more quickly. The idea here is simple to improve service from officers to spend less time on paperwork and spend more time in our communities," said Garcetti.

The data shows that crimes against homeless people has gone up. Forty-two homeless people were killed in 2019, up from 40 the year before. In most of those the person responsible was another homeless person. The chief said they are addressing that issue.

"Trying to get services to those individuals to those encampments to those groups to not just interrupt that violent cycle but to get them resources so they can go to shelters and they can have supportive services so the violence doesn't happen," said Moore.