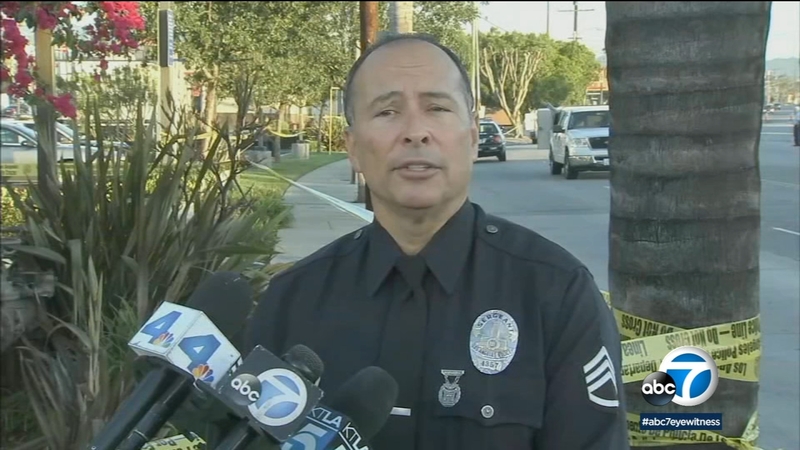 LOS ANGELES (KABC) -- A Los Angeles Police Department sergeant has filed a lawsuit against the city, claiming that he was prohibited from speaking Spanish in his role as a media spokesman for the agency.

Sgt. Frank Preciado, who continues to work in LAPD's media relations unit, alleges that his superiors ordered him not to speak Spanish in the workplace and that Spanish television newscasts were turned off in the media office.

The 22-year department veteran says when he complained, he faced retaliation in the form of a loss of job duties and his official vehicle.

"He was ordered not to speak Spanish in the workplace and the captain told him this is the United States," said Preciado's attorney, Doug Winter.

"Such a directive, an English-only directive, not only violates California law, but it effectively shuts out almost 40% of the public from getting the news that they get through Spanish-speaking media."

His attorney says the mandate makes it nearly impossible for him to do his job - he can't speak Spanish to those outlets who call him or at press conferences.

"He often had to go into the hallway or whisper in Spanish to do the job he was meant to do," Winter said.

According to the lawsuit, the first clampdown happened in March 2017 when Capt. Patricia Sandoval ordered all Spanish TV be turned off in the media center. When Preciado, as the sergeant in charge of the media relations unit, complained, he says, he faced retaliation: he lost job duties and in late 2018 lost his vehicle.

"He had responsibilities taken away from him. He was no longer allowed to be in the rotation as a public information officer and effectively prohibited from doing the job that he was required to do."