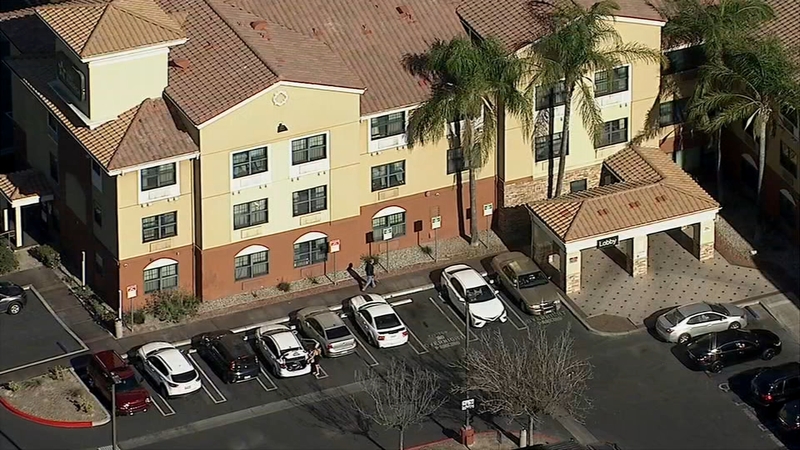 Officers with the Los Angeles Police Department responded to the Extended Stay Hotel located in the 20200 block of Ventura Boulevard shortly before 5:30 p.m. Thursday for a "battery investigation."

LAPD says the officers saw the victim lying on the ground inside the room with his feet tied together and his hands handcuffed behind his back.

The victim, who has not yet been identified, had strangulation marks on his neck, according to officials. He died at the scene.

The victim's body was found by the security guard and hotel manager, according to detectives. They say the victim had been staying at the hotel since July 2021.