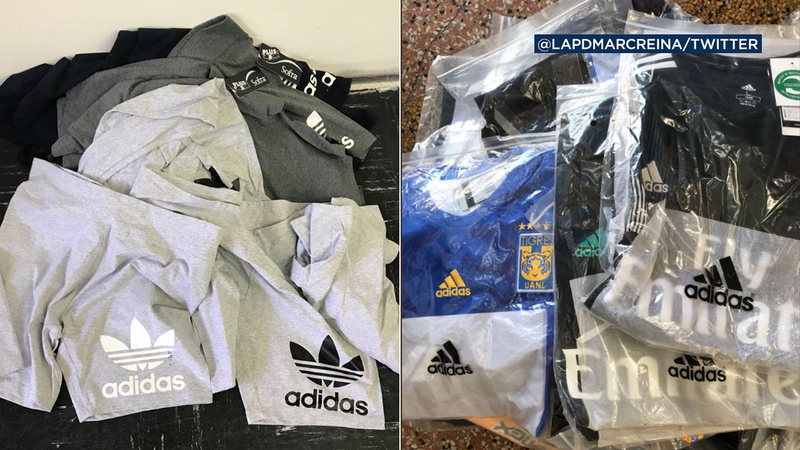 The Los Angeles Police Department served warrants on three distributors and arrested two people as part of the bust.

Among the products seized were fake soccer jerseys, which saw a boom in counterfeits possibly due to the FIFA World Cup tournament. Officials from Adidas flew to Los Angeles to monitor the crackdown.

Busted! Another major takedown in the @ShopSanteeAlley Over $200,000 worth of counterfeit @adidas clothing seized. Great work by our @LAPDCentralArea Vice Detectives! #DSVD pic.twitter.com/Pb3IsTB0RY

Detective Rick Ishitani said the goods were not necessarily fakes made in China and there is suspicion some were made in LA.