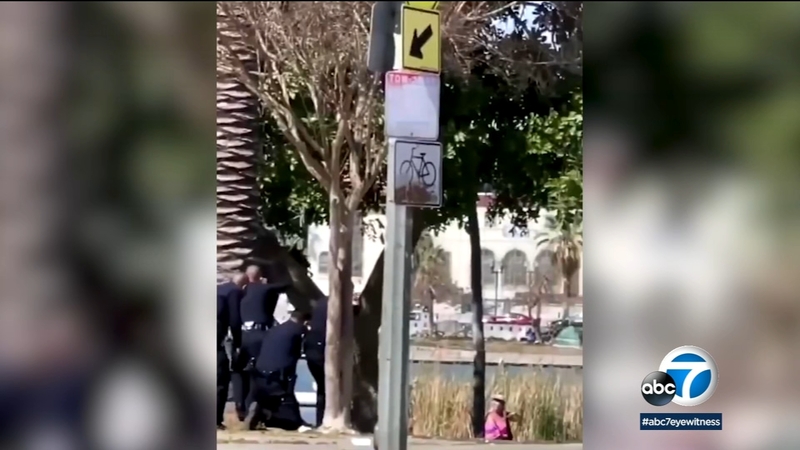 LOS ANGELES (KABC) -- A woman allegedly armed with a gun was taken into custody Friday evening after a nearly three-hour long standoff with Los Angeles police, which included her swimming in MacArthur Park's lake.

LAPD said officers responded to a call of an armed woman at MacArthur Park around 3 p.m. and after they "made contact" with her, police opened fire.

Details about what led to the shooting weren't immediately clear. It was also unknown if the woman shot at officers.

Multiple gunshots can be heard in video of the encounter, which is now the subject of a police investigation. The video shows at least three officers confronting the woman.

No one was hit by gunfire.

The woman spent the next two hours evading officers by swimming back and forth in the lake while she carried her purse and backpack.

Members of the LAPD's Underwater Dive Unit arrived at the park. She eventually came out of the lake and was swarmed by officers. She was taken into custody around 6 p.m.

A gun was found at the scene.