What happens after officer-involved shootings? Los Angeles police show us how the in-depth investigations take place, and the training officers undergo.

LOS ANGELES (KABC) -- LAPD tactics are under scrutiny as the department reviews last year's rise in crime and how officers responded.

On Wednesday, members of the media had a front-row view of training at the Davis Academy in Granada Hills.

A simulated crime unfolds, and a police unit rolls up. An officer calls out to man in a hoodie.

What happened in those five seconds? For the next nine months, an LAPD Force Investigation team will break it down, with monitors from the District Attorney's Office and the Office of Inspector General watching each step.

What you don't see here is what happened in the seconds before the shooting. The officer must be able to explain why his action was legal and within policy.

Deputy Chief Bill Murray says some of the questions include, "Did they have a tactical plan, did you talk with your partner, did you communicate that plan, did you have the right equipment there."

What does the evidence show? Video provided by the makers of the Scan Station preserves the entire scene with details in 3-D. Investigators and potentially even a jury can zero in on exactly how it looked at the time of the shooting.

A range of simulations and training practices were on display. The media day follows LAPD's 2015 Use of Force review showing officers shot 38 people last year.

"Could they shoot them in the leg or couldn't they shoot the gun out of their hand and these things are just not in the physical capabilities of anybody," says Beck.

Another question, why handcuff a wounded suspect?

"He is an armed suspect, he might have a second gun, he may be faking it," says Capt. Andy Neiman.

LAPD is expanding its use of less-than-lethal force. There are several options, from pepper spray to Tasers to bean bag guns. The officer must be able to choose the one that's right for the specific incident.

"The officers have to look at the severity of the crime, the suspect was involved in, if that person is an immediate threat to the officer or others. And if that person is actively resisting arrest or if they are trying to evade by flight," says Sgt. Mike Hall.

The exercises show there are no simple answers. Last year's incidents demonstrate that while officers used less-than-lethal force more often, frequently the weapons failed to immobilize a growing category of dangerous suspects.

Those are individuals who armed, mentally ill and under the influence of methamphetamine. 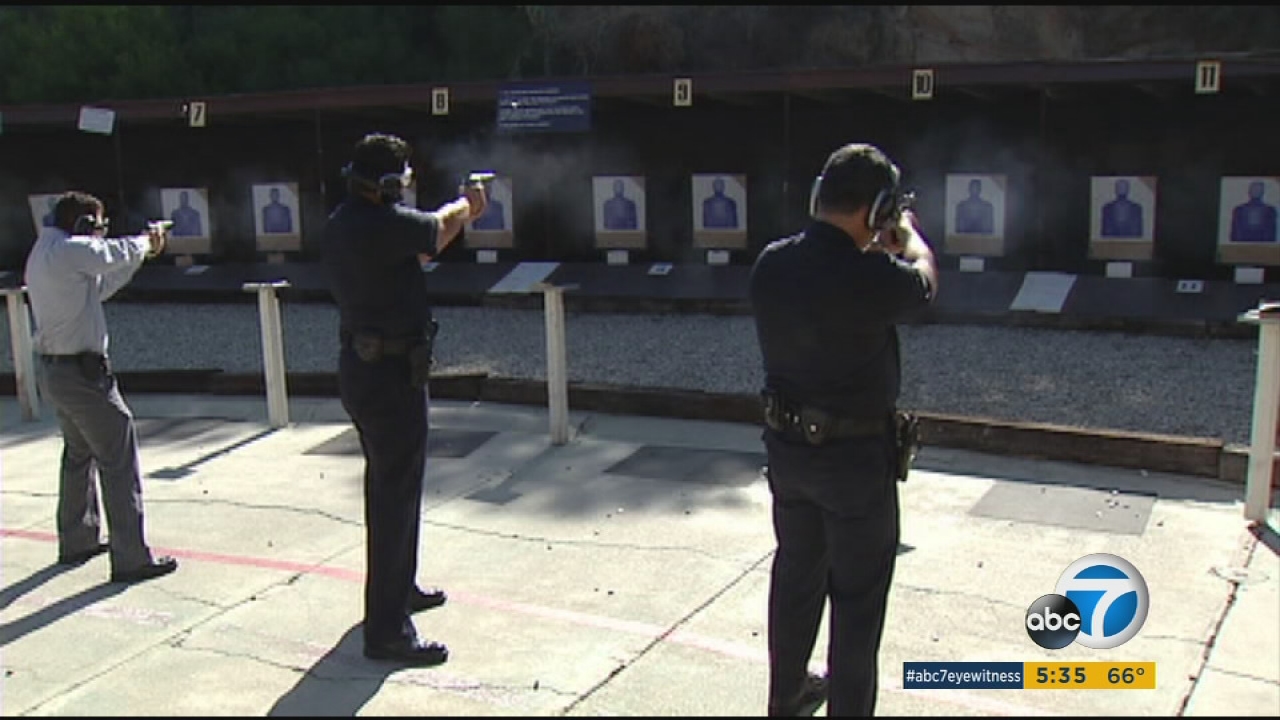