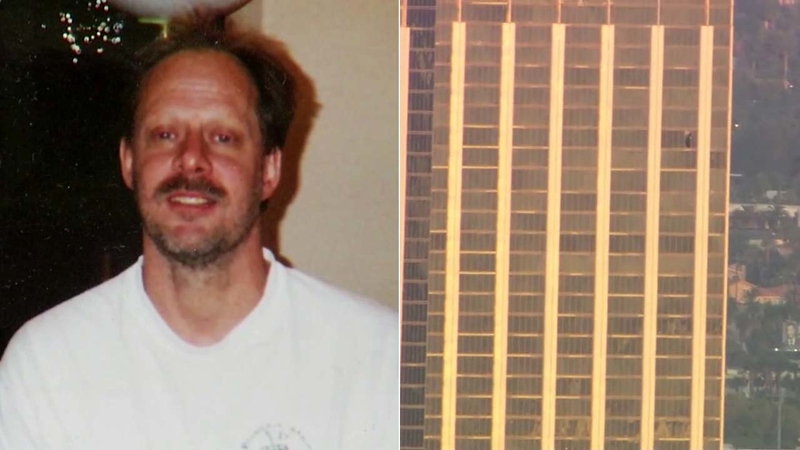 LAS VEGAS (KABC) -- The woman who was seen with Las Vegas gunman Stephen Paddock days before the massacre was a prostitute, officials tell ABC News.

Authorities did not elaborate on the woman's identity.

Meantime, investigators are still trying to figure out whether Paddock acted alone. Authorities believe he may have had an accomplice, based on the elaborate planning on Sunday night's rampage.

Officials also believe he had help because of the amount of guns in his hotel room, and because some of the ammo was bought under someone else's name.

However, Undersheriff Kevin McMahill said at a Friday news conference police are confident there was not another shooter in Paddock's room. Investigators do not believe anyone else used Paddock's hotel key card.

Authorities found a note in Paddock's hotel room, but said it was not a suicide note. The note had numbers written on it, but the meaning of the numbers is unknown, a spokesperson for the police department said Friday.

Also at the press conference, authorities spoke about the unarmed security guard, identified as Jesus Campos, who first found Paddock.

The door alarm on the 32nd floor went off - but it wasn't coming from Paddock's room. The alarm, which indicated that a room door is ajar, was the reason why Campos was dispatched to that floor.

McMahill described Campos as a "true hero" and "a brave and remarkable man."

Paddock's motives are still unclear, though McMahill emphasized that the investigation has turned up no known nexus to ISIS. He said investigators are looking at Paddok's life "from birth to death" to get to the truth.


Police also spoke about the 50 pounds of Tannerite, a substance used in explosive rifle targets, found in Paddock's car. McMahill said investigators do not know what Paddock was planning on doing with it, saying the Tannerite found in the car did not resemble an improvised explosive device.

The night before the shooting, Paddock reportedly called in two noise complaints about guests in the room below him, sources tell ABC News.

Floyd Conrade was in that room on the night of the attack. He said he stayed in between the beds or in the bathroom as he hunkered down all night.

Authorities said there are plans to put up billboards in Las Vegas to seek more tips as they continue the investigation.

With reports Paddock may have considered other targets - like searching for hotel rooms near Boston's Fenway Park and booking rooms in Chicago the same dates as the Lollapalooza festival -- some cities are stepping up security for major events, including in Chicago for this weekend's marathon.

"There's been a double, triple checking of everything," said Chicago Mayor Rahm Emanuel.

Heightened security was also expected at the Rose Bowl in Pasadena Friday night for the Coldplay concert.

Back in Las Vegas, 58 white crosses serves as a somber reminder of the overwhelming loss. A Chicago man drove to Vegas to build the crosses to honor those who were killed.

One of those victims was Charleston Hartfield, who served in the U.S. Army and was a Las Vegas police officer.

Thousands gathered Thursday night to honor Hartfield, who was also a father of three.

"If there was a checklist to be an American, Charlie hit every single box and then he made up some boxes," said Sgt. Ryan Fryman with the Las Vegas Metropolitan Police Department.

Hartfield was not only a police officer and military veteran, he was a football coach and an author. He wrote a book about serving others. He did all of this at just 34 years old.