What happens if you try to remove the restrictor device? The district said that will cost you a $2,500 fine.
KABC
By Sid Garcia 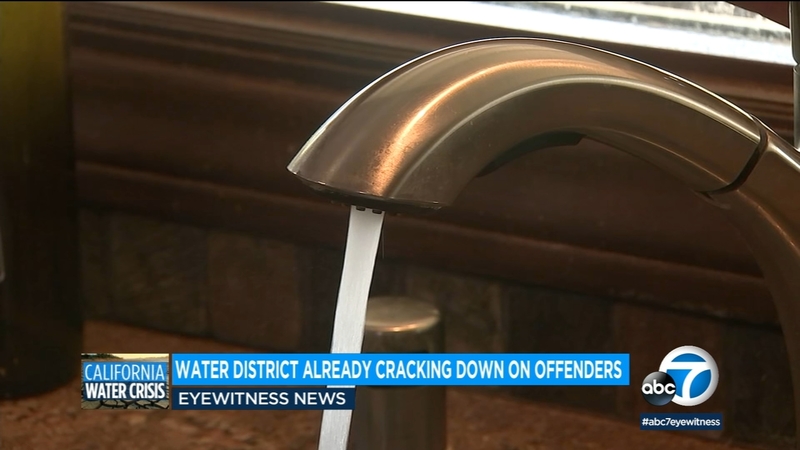 Using too much water? One water district is now installing restrictors

Customers who were warned and continued to use more water than was recommended are getting these installed.

The flow restrictor device is about the size of a half dollar with a hole in it.

Without a flow restrictor, water flows normally. Once it has been installed, a considerable amount of water is reduced.

According to the water district, this tool should send the message to customers that using too much water in a severe drought will not be tolerated.

"We had 20 and we dwindled down because, of course, there was people at the last minute that were saying we want to sign this commitment form so we only installed four," said Mike McNutt with the Las Virgenes Municipal Water District. "We're getting people to pay attention, and they're saying we need to be part of the solution."

Eyewitness News checked in with several water districts and on average, 70% of residential water usage is for outdoor lawns and plants.

Flow restrictors pretty much eliminate your ability to water anything outside.

Once this device is installed, it's there for at least two weeks while the customer works on conserving water.

Las Virgenes is the only water district ABC7 is aware of that's using this method - and its goal is for its customers to cut back on their water usage amid what's being called a historic drought.

"You have to take what's called a Navy shower, and a Navy shower is about two minutes because you have a limited supply of fresh water," said resident Dan Rowling. "Even though you're in the middle of the ocean, but it has to be turned into fresh water so there's only so much to go around because you have to keep making it. So I'm used to two minutes."

What happens if you try to remove the restrictor device? The district said that will cost you a $2,500 fine.