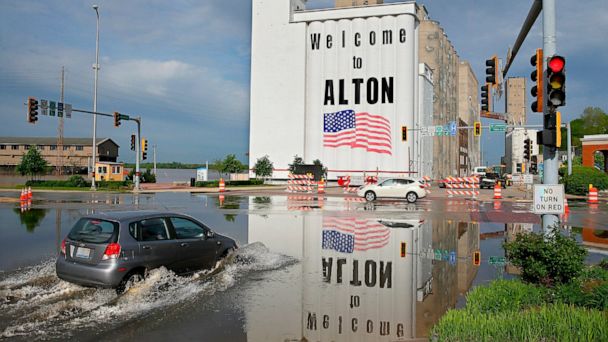 A powerful new storm is slamming California later today with heavy rain and heavy snow in the mountains, creating conditions that could lead to flash flooding, before it heads for the Midwest by the end of the week.

The heaviest rain in San Francisco and central California is expected tonight, as the Bay Area prepares for its wettest May storm since 2015.

Some areas in northern California could see 4 inches of rain, with the Bay Area expecting 1 to 2 inches.

By Thursday morning, the heaviest rainfall will shift toward Los Angeles and Southern California, where at higher elevations snow is expected.

Parts of the Sierra Nevada could see 2 feet of snow.

The storm is forecast to move east by Friday, triggering severe weather in the central U.S., from Minnesota all the way down to Texas. Damaging winds, hail and tornadoes are all possible.
Report a correction or typo
Related topics:
abc newsnational
Copyright © 2020 ABC News Internet Ventures.
More Videos
From CNN Newsource affiliates
TOP STORIES