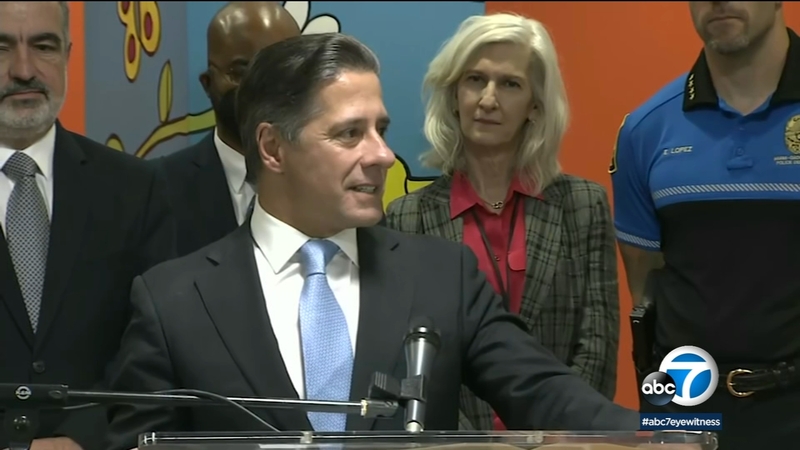 LAUSD selects celebrated educator from Miami as next superintendent

Alberto Carvalho, a celebrated educator who has led the Miami-Dade County Public Schools system since 2008, was unanimously chosen as the next superintendent of the Los Angeles Unified School District.

His hiring is contingent on finalizing an employment contract. The selection was announced following a closed-door Thursday morning meeting of the LAUSD Board of Education, which voted unanimously in favor of Carvalho.

"Alberto Carvalho will bring deep experience as an educator and leader of a large urban district to the role of superintendent of L.A. Unified," board President Kelly Gonez said in announcing the choice. "His leadership will help our district navigate the short-term challenges of the ongoing COVID-19 pandemic and will help us reach the long-term goals for recovery laid out by the board in June."

"The entire board eagerly looks forward to working with him on behalf of the students and families of L.A. Unified," she said.

The terms of Carvalho's employment are expected to be discussed at the board's next meeting.

In a statement released by LAUSD, Carvalho said, "It has been the privilege of my life to serve as Superintendent of Miami-Dade County Public Schools. For the last three decades, I have selflessly dedicated my professional career to the children of Miami's diverse community, and I am hoping to bring that same passion, compassion and commitment to the students and families in L.A. Unified."

Miami-Dade County Public Schools is the fourth-largest system in the nation. Carvalho is a well-regarded leader in the education field who briefly considered a move to lead the nation's largest school system -- New York City -- three years ago but backed out of the post to remain in Miami.

Former LAUSD Superintendent Austin Beutner stepped down in June. Megan K. Reilly has been serving as interim superintendent of the nation's second-largest school district ever since. Reilly is believed to have been among those considered for the full-time job, and Gonez heaped praise on her while announcing the selection of Carvalho.