LAX tightens airport security after US bomb dropped in Afghanistan 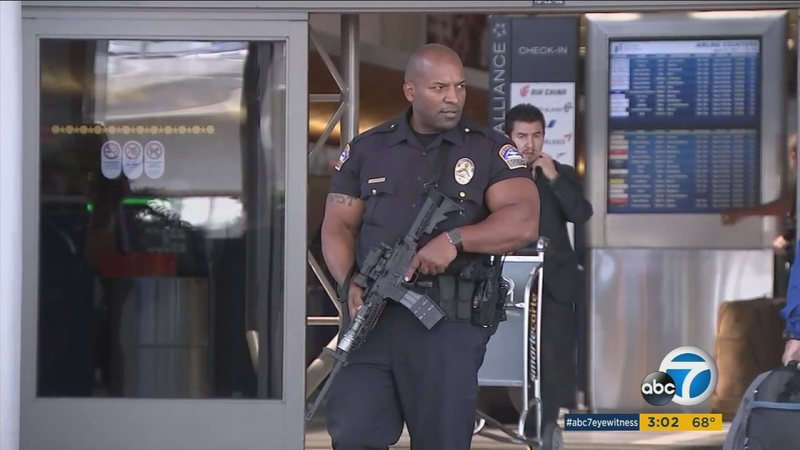 LAX tightens airport security after US bomb dropped on ISIS

"We were in there and we saw policemen with guns just patrolling around, and we saw more security with TSA," said one passenger. "TSA from Miami were checking everybody's bags before they even go to the flight I saw you and that was that was different from when we flew in."

The increased security comes after the United States dropped one of the largest bombs in its arsenal on ISIS targets in Afghanistan.

Officials said that though there is the possibility of lone wolf attacks, there are no credible threats at this time. Any place, however, where there are large groups of people is always of concern.

Passengers ABC7 spoke with said so far the lines aren't any longer than usual. They said they are glad there is more security.