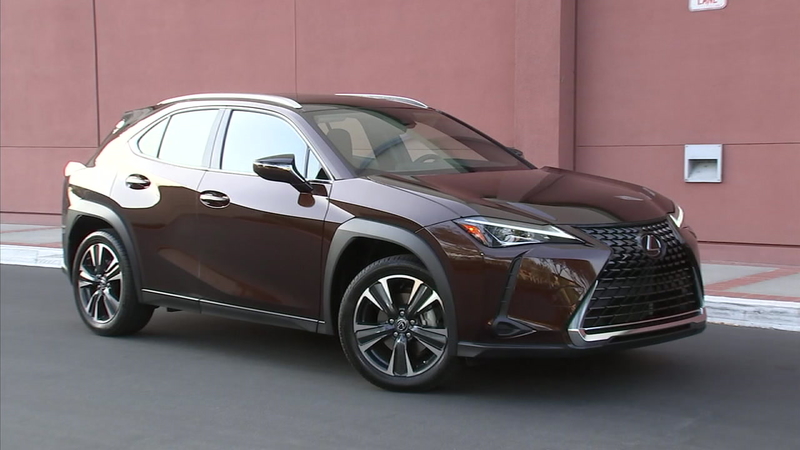 Toyota's upscale Lexus division is trying to cover all its SUV bases, from large to small. And their new one is in the small category, for sure.

It's called the UX, for "urban crossover." Initially, the UX200 will arrive, followed shortly by the UX250h, a gas-electric hybrid.

Lexus has the big guns on the large end, like the GX460 and LX470. But a much bigger seller is their RX350, a model name that's been around for more than 20 years. The RX has grown from its original size over the years, so, in 2015, Lexus came up with the NX200t model as a smaller alternative. Now, they've gone smaller still with the new UX200.

There's smooth 2.0 liter four-cylinder power under the hood, but somewhat bucking the trend in the industry, it's not turbocharged. It does get direct injection and other advanced technologies, and produces a respectable 169 horsepower and is designed to run on regular unleaded gasoline. The engine is mated to a CVT automatic that is meant to behave like a 10-speed automatic.

The UX is small, but is still packed with features. Different trim levels and packages mean prices will range from $32,000, to probably over $40,000 depending on configuration. The UX250h hybrid will start at $34,000.

While the UX has a decent amount of cargo space out back, the rear seat is pretty cramped for anyone but children and very small adults. Even with the front seats quite a way forward from their full adjustment travel, there's not much legroom in back.

But the target buyers in this lucrative segment probably don't care about rear seat room too much. Those buyers are likely to include young single people, couples with no kids, or so-called empty-nesters who also don't need to carry kids.

Other premium brands have introduced small crossover SUV models for just that kind of buyer. Jaguar brought out the E-Pace, which is smaller than their F-Pace. BMW has an X1 and an X2, both trimmer than the X3, which used to be their smallest crossover. And Cadillac just launched the XT4 to slot below the XT5. Here too, they added a smaller model to their lineup.