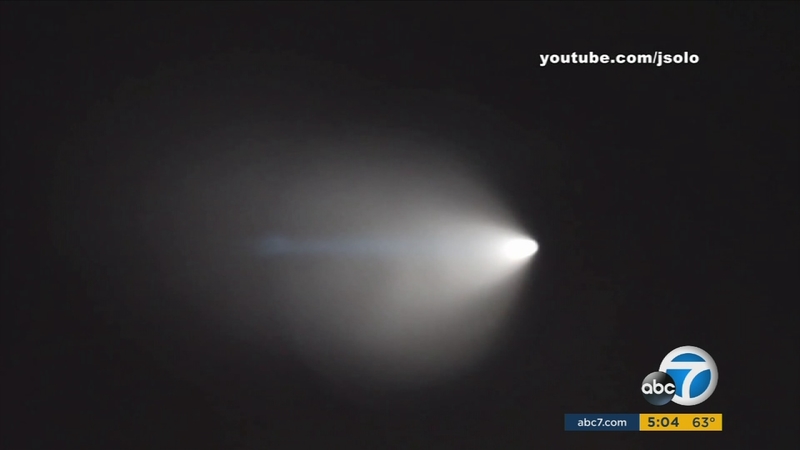 LOS ANGELES (KABC) -- The Navy has confirmed a second missile launch that was like the one that caused so much alarm over the weekend.

Just before noon on Monday, the Navy conducted a Trident missile test off the Southern California coast.

When the first test was done on Saturday night, thousands of people saw a mysterious green light flash in the sky from San Diego to Ventura. That created quite a stir, and ABC7 got hundreds of calls in the newsroom from people anxious to know what it was.

Because the second launch was during the day, no pictures have been seen so far.

The tests were part of the Navy's ongoing system evaluation test, and the missiles are not armed.

Officials said both missiles would have been launched on Saturday, but there were too many private boats in the area.

These launches are causing some changes to flights at LAX.

Between midnight and 6 a.m., planes usually fly over the ocean to minimize noise. But with the ongoing tests, the military has ordered the airport to reroute air traffic.

"Active military airspace will require the airport to temporarily deviate from this air traffic flow configuration and to remain in westerly operations," Los Angeles World Airports said in a statement.