Groundbreaking for new affordable and supportive housing in Inglewood 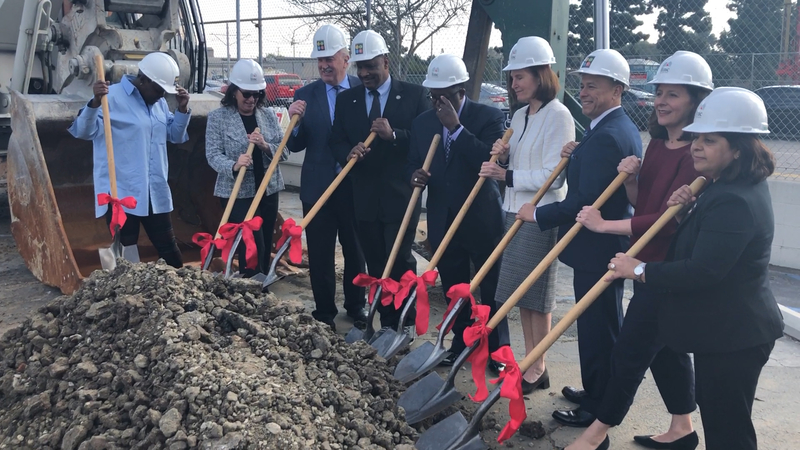 Groundbreaking for new affordable and supportive housing in Inglewood

INGLEWOOD, Calif. (KABC) -- Co-developers National Community Renaissance and Linc Housing were joined by the Inglewood mayor and other partners for the groundbreaking of what will be Fairview Heights Apartments, new affordable and supportive housing in Inglewood.

"This project is not only a beautiful design, it's across from a transit zone and it reinforces this is a destination not just for sports, not just for retail, but a destination for people to have better lives," Inglewood Mayor James Butts Jr. said.

The Fairview Heights Apartments will bring 101 two and three-bedroom homes to Inglewood, including 50 units for people who have experienced homelessness, 50 units for households earning between 30 and 80 percent of the area median income and one manager's unit.

Inglewood resident Mari Morales Rodriguez also attended the groundbreaking and she thinks this will be good way to combat the growing homelessness numbers.

"This is such a great thing that is happening to Inglewood...It is important because, like, a lot of homeless individuals are going to have the opportunity to live in this building," Morales Rodriguez said.

The development is due to be completed late 2021, but Linc Housing CEO, Becky Clark says this is not where they want to end. This development is only the beginning.

The 1.44-acre building site, located at 923 E. Redondo Blvd. in Inglewood, is owned by the Los Angeles County.